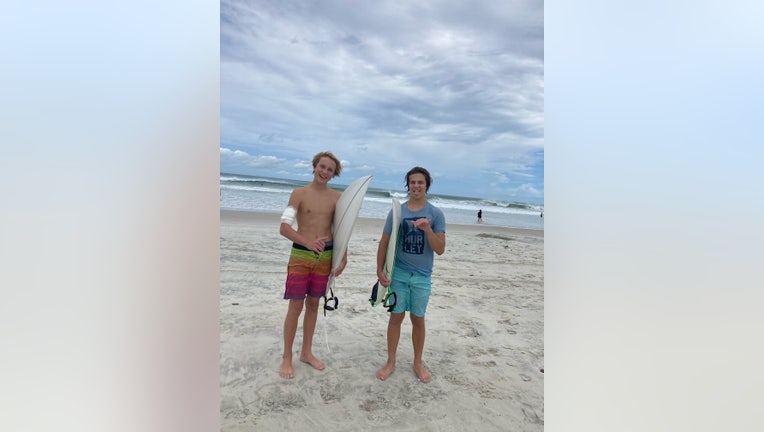 PONCE INLET, Fla. - A teen is recovering after being attacked by a shark in Volusia County and says he feels lucky to walk away with stitches.

Doyle Nielsen, a 16-year-old from Georgia, was surfing with his family in Ponce Inlet when he says he felt like something hit him hard.

"I felt something hit me from my right side and a second later someone said, ‘There’s a shark. Get out of there,'" Nielsen said. 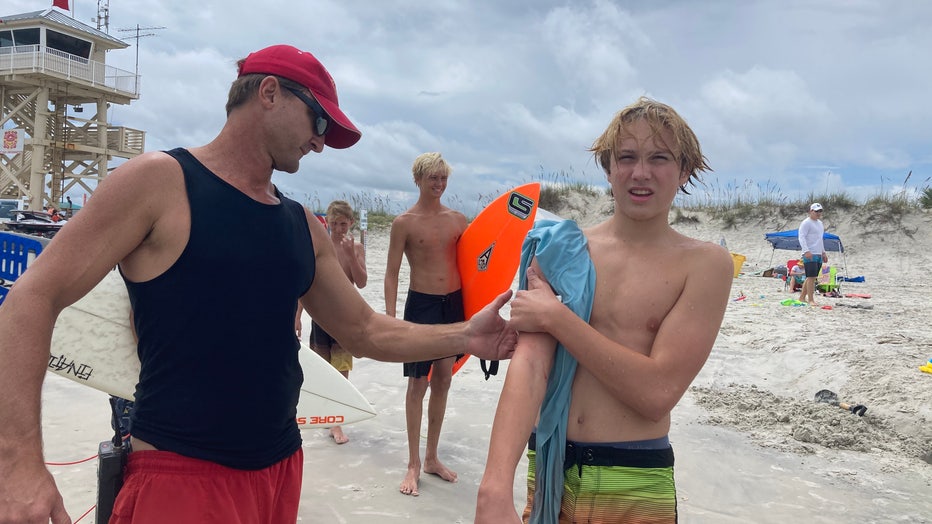 In that split second, the teen was bitten by a shark. The incident happening so quickly, at first, he thought he has hit by a dolphin.

"And then I turned around and saw some kind of shape and I thought, ‘OK, a dolphin hit me and knocked me off my board’ and then when someone said that was [a] shark… it was like, ‘Wow, a shark just attacked me,’" Nielsen said.

The teen paddled back to shore to see that the shark took a bite out of his arm. The teen says he walked away with nine stitches.

"Definitely lucky," Nielsen said. "It could have easily been much, much worse."

Nielsen says he's not letting the incident stop him from getting back in the water to shred waves.

"It’s definitely something I love and I’ll be back out there," he said.