Gupta credits his lifelong love of learning for his ability to succeed on 'Jeopardy!,' and he said that Trebek was a huge inspiration and role model.

PORTLAND, Ore. - To compete on "Jeopardy!" was a lifelong dream for the show’s most recent teen champion, Avi Gupta, who donated $10,000 of his champion winnings to the Oregon Health & Science University’s Knight Cancer Institute in honor of Alex Trebek, Jeopardy!‘s longtime, beloved host.

The total donation from Gupta actually amounts to exactly $10,314 — a reference to the mathematical constant, Pi — and will fund pancreatic cancer research in honor of Trebek’s battle with the disease following a diagnosis earlier this year.

“Being on the show was something everyone imagines, but something you’d never think would happen,” he told OSHU. “It was like stepping into my TV. It was a dream come true.”

Gupta credits his lifelong love of learning for his ability to succeed on Jeopardy!, and he said that Trebek was a huge inspiration and role model.

“I think growing up and watching Jeopardy! shaped the curiosity in me,” he told OSHU. “Alex Trebek was someone who always consistently stood for the importance of facts and knowledge.”

Trebek announced to “Jeopardy!” fans that he had been diagnosed with stage 4 pancreatic cancer in a video released on March 6.

“When I heard of his diagnosis, I was devastated,” Gupta said.

After winning teen Jeopardy!, Gupta donated an additional $10,000 of his winnings. 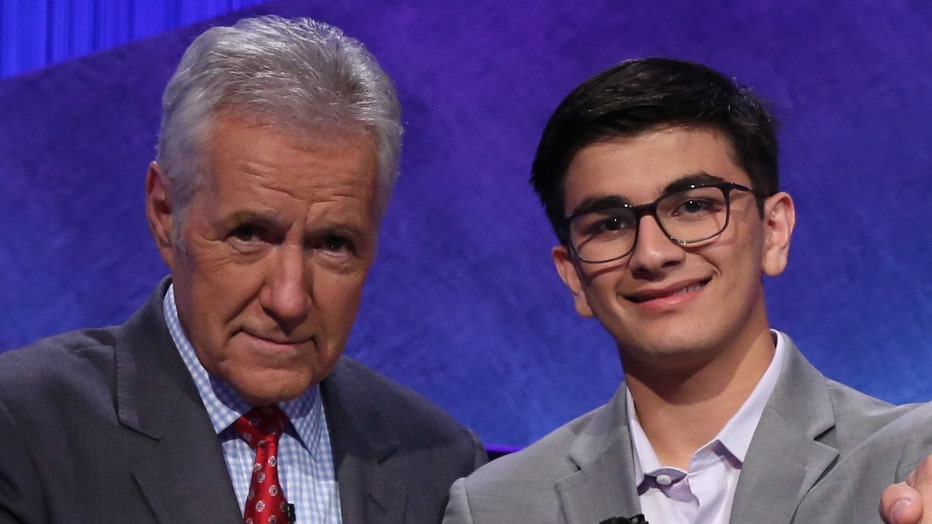 Pancreatic cancer has the lowest survival rate among all major cancers. Each day across the globe, more than 1,250 people are diagnosed with pancreatic cancer, and and estimated 1,184 die from the disease, according to the World Pancreatic Cancer Coalition.

In a PSA last month, Trebek noted that pancreatic cancer is the only major cancer with a single-digit five-year survival rate at 2 to 9 percent, in large part because the disease is often caught too late.Trebek now shares his story to help spread awareness of the disease and its warning signs so that more cases can be caught early and treated successfully.Gupta’s donation will help develop cutting-edge treatments and support research into early diagnosis.

“I feel very lucky to be in a position to contribute these funds of my own at the age of 18 and to use this platform to raise awareness,” Avi told OSHU. “We’ve all known someone who’s been affected by cancer. My hope is to bring everyone together to raise awareness, as well as funds, for early detection research.”