The meaning behind teal pumpkins

While painting a pumpkin teal may seem like just an interesting decorating choice during the spooky season, there's real meaning behind the painted squash.

Who doesn’t love colorful pumpkin decorations during the spooky season?

While colors that are most associated with Halloween tend to be orange, green, purple, and black, why not add some teal to that ensemble?

Although teal is just a nice pop of color, it’s not just a whimsical decorating choice. There’s meaning behind that blue/green-colored squash. 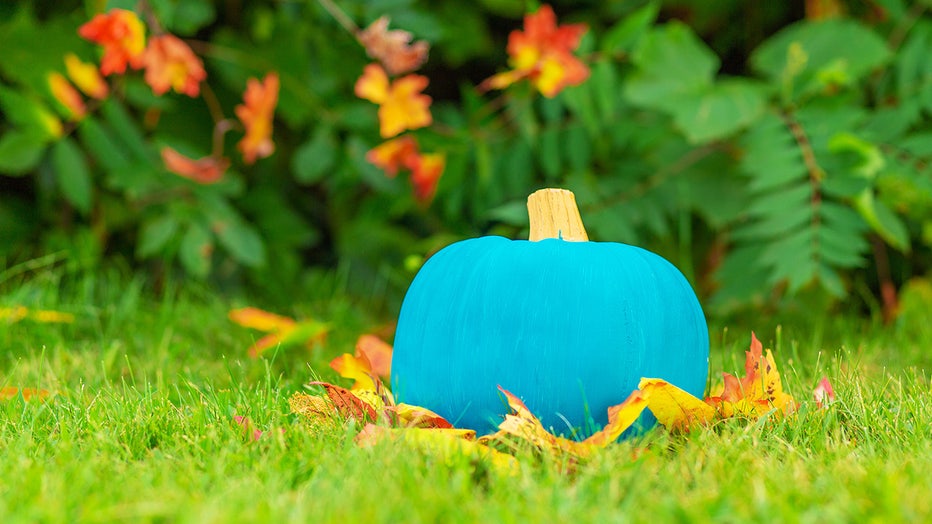 FILE - A pumpkin painted teal displayed on some leaves in a grass setting. (Getty Images)

Some children (and of course adults) all over the country — and the world — experience some sort of food allergy that sometimes limits them from partaking in fun celebrations, such as Halloween.

Perhaps you know someone who has a peanut allergy or may be allergic to a certain food dye.

Teal pumpkins were created to help people identify which homes have more options besides just candy so all children (and adults) can celebrate Halloween.

So if you see a teal pumpkin on someone’s doorstep or some sort of representation of a teal pumpkin as part of someone’s decoration, it means they have treats other than food so your child can feel included this spooky season.

RELATED: A history of Halloween candy: Trends and costs through the years

How did teal pumpkins start? 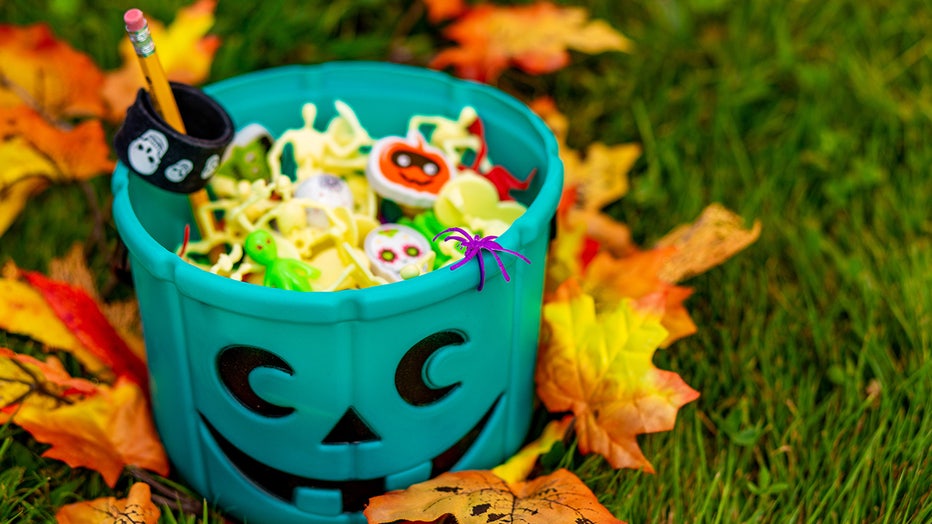 FILE - A teal pumpkin Halloween bucket with non-food treats inside for those with food allergies.  (Getty Images)

Teal pumpkins were inspired by a local awareness activity run by the Food Allergy Community of East Tennessee (FACET).

Food allergies are a growing public health issue, according to Food Allergy Research and Education (FARE). In fact, 1 in 13 children suffer from a food allergy, FARE said on its website.

What are food allergies and who has them?

A food allergy happens when a person eats a certain food containing ingredients that result in adverse health effects such as an allergic reaction.

The allergic reaction is a result of an immune response that is triggered reproducibly upon exposure to a certain food, according to FARE.

While there have been more than 170 types of foods reported to cause an allergic reaction, there are eight major food allergens that cause most of the serious reactions in the United States.

"Many popular Halloween candies contain nuts, milk, egg, soy or wheat, which are some of the most common allergens in children and adults," according to FARE.

Approximately 32 million people in the U.S. suffer from some sort of food allergy, according to FARE, and this includes adults and children.

RELATED: Candy corn: The Halloween treat you either love or really hate

Can you still give out candy if you display a teal pumpkin?

Yes. Absolutely, as long as it’s done safely. For instance, if you do decide to give out candy in addition to giving out non-food treats for those who may have food allergies, maybe keep the items separated in different bowls or containers.