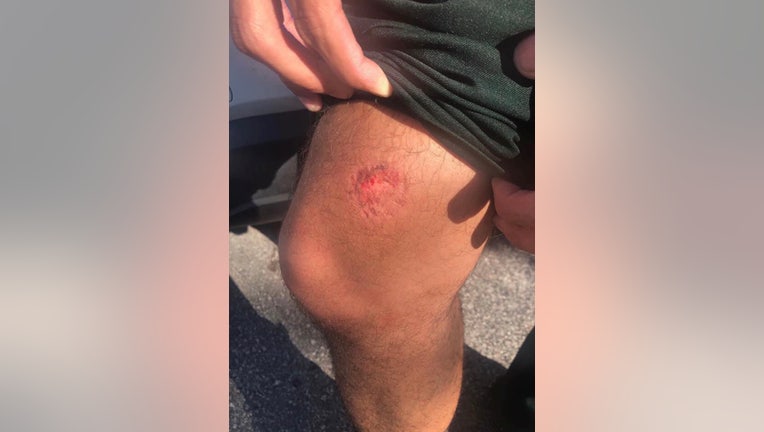 ORANGE COUNTY, Fla. - The Orange County Sheriff's Office says a man recently bit a deputy so hard on the leg that it went through his pants.

A photo of the injury was posted to Twitter, stating that "someone who didn’t want to go to jail bit right through this deputy’s pants. This trespasser had just battered someone when our deputy arrived & he was combative and began fighting."

The photo shows the red bite mark near the deputy's knee.

The Sheriff's Office said that this should serve as a good reminder that there are some on the Central Florida community that will violently resist law enforcement.