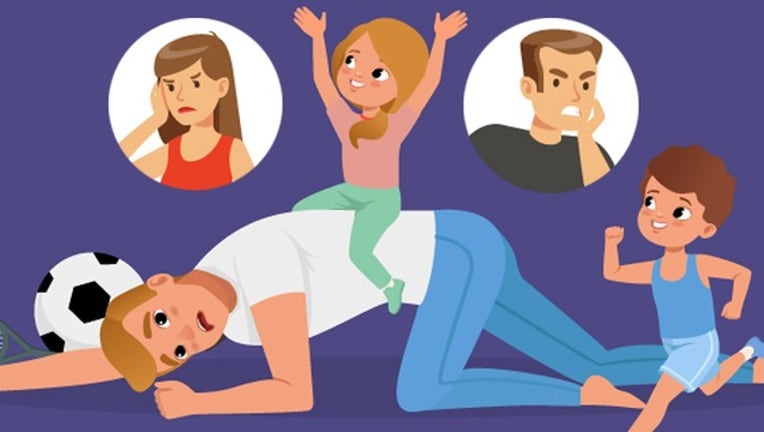 CHICAGO (FOX 35 ORLANDO) - With kids home for the summer, parents across the United States are feeling the stress.

About half of all parents surveyed said that they struggle to keep their children busy due to work responsibilities. Other challenges listed involved juggling multiple schedules, not being able to afford everything, running out of ideas after one week, and lacking a central place where parents can find and buy things to do with their children.

Parents try to beat the stress of summer in many ways. Groupon says that more than half of the surveyed parents had a bucket list of things they want to do with their children. These lists included road trips, learning how to ride a bike, teaching kids how to cook, and visiting amusement parks.

Brian Fields from Groupon said that "coming up with a list of things that you want to do with your kids before they turn 18 is a great way to not only stay organized this summer, but it can provide a roadmap for many years to come."

Groupon's website has an entire collection of fun summer things for families to do.