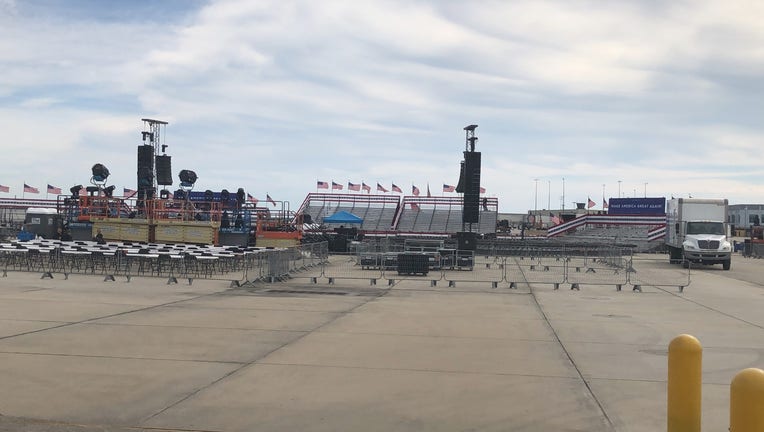 SANFORD, Fla. - Several Floridians said they were shocked to hear President Trump tested positive for the coronavirus and disappointed that he had to cancel his campaign rally in Sanford Friday night.

Johanne Norenberg drove down from Daytona Beach with plans to attend the rally.

“I came here early to have good seats. I wanted to be right behind him.”

Norenberg said she even rented a hotel room for the event. But then she heard on the radio that the rally was canceled.

“It’s very upsetting for me today not to see my rally that I hoped for, for a long time now.”

President Trump tweeted early Friday morning that he and the First Lady tested positive for the Coronavirus and were in quarantine at the White House. The president was scheduled to speak at a rally at 7 p.m. Friday at the Orlando Sanford International Airport. But the event has since been removed from his public calendar and the Sanford Airport Authority confirmed a rally is not happening at the airport Friday.

Dr. Jason Littleton talks about the symptoms around coronavirus after the president tests positive.

John Jochem said he drove seven hours overnight from the Key West area in order to attend the rally but heard it was canceled when he woke up from a nap in his car around 6 a.m.

“A little disappointed but he’s the leader of our country so more focus on his health.”

Norenberg said she wishes President Trump and the First Lady a speedy recovery and is hopeful she will get to see the President speak in-person soon.

President Trump’s campaign has not announced whether or not the rally will be rescheduled.