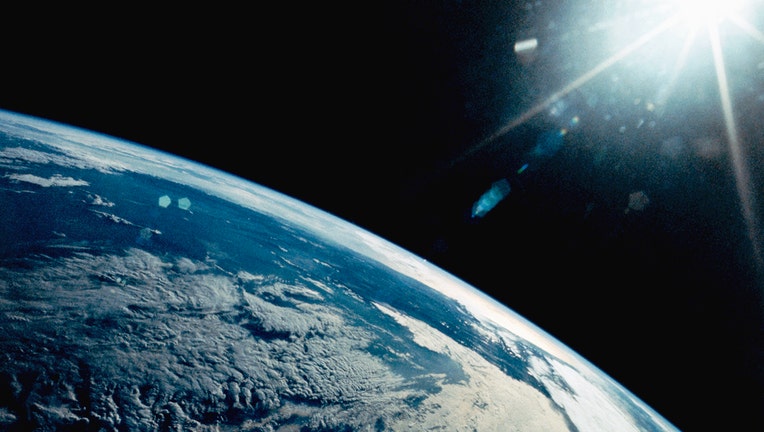 A view of Earth from the Space Shuttle Discovery shows late afternoon sun on the Andes Mountains, with glare and heavy cloud illumination. (Photo by Getty Images)

A number of planets described as Super-Earths have been discovered in recent memory, but researchers have recently spotted one unlike any other found to date.

The planet, known as TOI-561 b, orbits the TOI-561 star system, according to a study published in The Astronomical Journal. It's approximately 50% larger than Earth, but takes half the time to orbit its star given the close proximity between the two.

"The rocky planet orbiting TOI-561 is one of the oldest rocky planets yet discovered," said the study's lead author, Lauren Weiss, in a statement. "Its existence shows that the universe has been forming rocky planets almost since its inception 14 billion years ago."

Given its close proximity to TOI-561, discovered by NASA's Transiting Exoplanet Survey Satellite (TESS), it has an estimated average surface temperature of over 2,000 degrees Kelvin. It is too hot to host life now but may have done so in its past.

TRENDING: Still no winner! Powerball grows to $730M; Mega Millions to be $850M

It also surprised the researchers, who believe it to have a density similar to Earth's, despite being billions of years older.

"This is surprising because you’d expect the density to be higher," UC Riverside planetary astrophysicist and study co-author Stephen Kane said in a separate statement. "This is consistent with the notion that the planet is extremely old."

TOI-561 — which has at least two other planets orbiting it — is part of a group of stars known as the "galactic thick disk," which are chemically different but do not have heavy elements, such as iron or magnesium, the researchers explained.

As the researchers discover more exoplanets, they continue to learn more about their mass and radius and whether it could be habitable.

MORE NEWS: Inauguration Day 2021: Schedule of events to watch on and before Jan. 20

"Information about a planet’s interior gives us a sense of whether the surface of the planet is habitable by life as we know it," Kane explained. "Though this particular planet is unlikely to be inhabited today, it may be a harbinger of a many rocky worlds yet to be discovered around our galaxy’s oldest stars."

In May, a Super-Earth described as "one in a million" because it has a size and orbit similar to Earth was discovered in deep space.

In June, a team of German astronomers discovered two super-Earths just a short 11 light-years away from Earth.

A study published in October identified 24 potentially "superhabitable" planets that may have conditions more suited to host life.

More than 4,500 exoplanets have been discovered by NASA in total, approximately 50 of which were believed to potentially be habitable as of September 2018. They have the right size and the right orbit of their star to support surface water and, at least theoretically, to support life.