A 2018 study from the Centers for Disease Control and Prevention showed that veterinarians are taking their own lives at higher rates than the general population. Suicide is the 10th leading cause of death in the U.S., and 1 of 3 leading causes that are on the rise, according to the CDC.

Two recent studies from the Centers for Disease Control (CDC)  are digging into an issue that many don't know and don't talk about: suicide among veterinarians.

Many people think a day in the life of a veterinarian is like cuddling with animals and playing with them all day.

“There’s the beginning of life with puppies, with kittens,” said veterinarian Dr. Phil Richmond. “Then, there’s the end-of-life discussions that we have to have with owners." 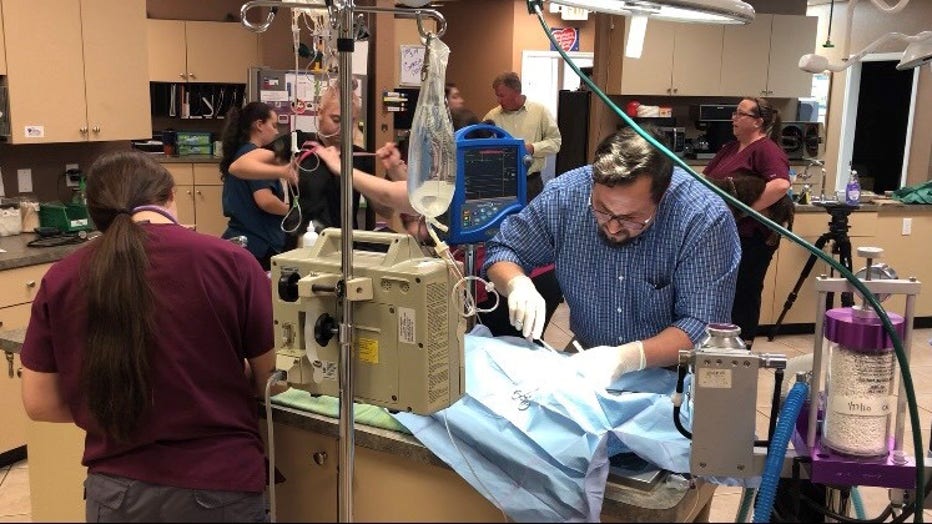 For 14 years, he has spent his days going back and forth between happy wellness check-ups, emergency surgeries and euthanizing animals who have reached the end of their lives. That takes a toll.  Dr. Richmond put down five animals the day a FOX 35 News crew visited him.

“If I have three or more that I have to do in a day, I can physically feel it. It really weighs on me,” Dr. Richmond said.

Dr. Richmond nearly took his own life back in 2008.

"I had a plan. I did have ideations. Mine actually would have been by firearm. I had a 9mm at home," he said.

He came out on the other side, but many don’t.

Risk factors include long hours and work overload, an increasing debt-to-income ratio and access to euthanasia drugs used for animals.

“They know how to use the drugs, but also they see euthanasia as an end to suffering,” said psychologist Dr. Nadine Hamilton.

Dr. Hamilton is a psychologist who works specifically with veterinarians.

“What may start as a quiet day could end as a totally erratic day," she said. "They never quite know what’s going to come through that door.”

That’s exactly what happened when FOX 35 spent the afternoon with Dr. Richmond.

Back when he started practicing, Dr. Richmond said, "The ups and downs of practice that would hit, I just didn't have the emotional tools to deal with it.”

Now, he says he does. He meditates to help manage his stress.

Dr. Nadine Hamilton encourages self-care practices like meditation, as well as stress and time management, therapy and open communication with others.

There’s also an online community called Not One More Vet, where veterinarians can vent and lean on each other for support.

It’s a reminder that you’re not alone, Dr. Richmond said.