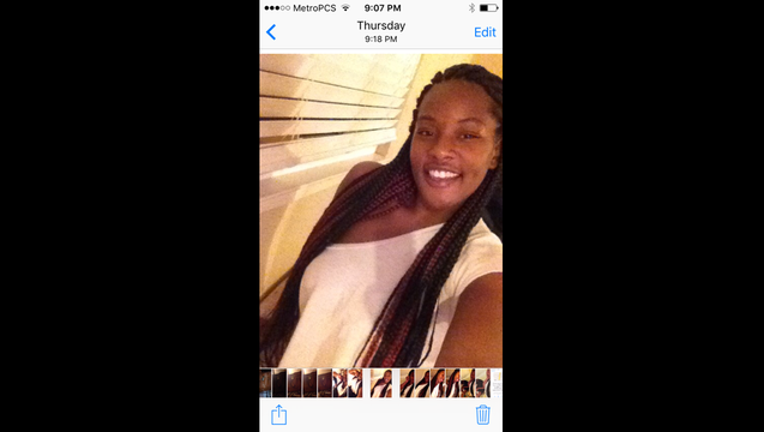 Thanks to social media, El Cerrito police have identified this woman, who they say robbed a teenage girl of her phone -- and then took a selfie with it. Now, investigators need the public's help finding 18-year-old Tasja Dowell.

EL CERRITO, Calif. - A robbery suspect who allegedly punched and robbed a high school student earlier this month in El Cerrito and took selfies on the victim's stolen cell phone was identified based on those pictures, police said today.

El Cerrito police said that within a few hours of releasing one of the photos on Wednesday and asking for the public's assistance, a number of callers identified the suspect as 18-year-old Tasja Dowell.

Police have an arrest warrant for Dowell, who is possibly a Richmond resident, according to police.

She has not yet been located.

She is suspected of punching and robbing an El Cerrito High School student as the student walked east on Central Avenue near Clayton Avenue at 12:42 p.m. on Nov. 5.

Dowell allegedly stole the cell phone and a backpack from the victim and punched her in the head, knocking her unconscious, after the victim refused to hand over the items, police said.

The victim later notified police of several selfies taken on her phone that were uploaded into her online cloud storage account.

The victim recognized the person as her assailant, police said.

Police do not encourage anyone to confront Dowell, and instead ask anyone with information about her whereabouts to call investigators at (510) 215-4418.