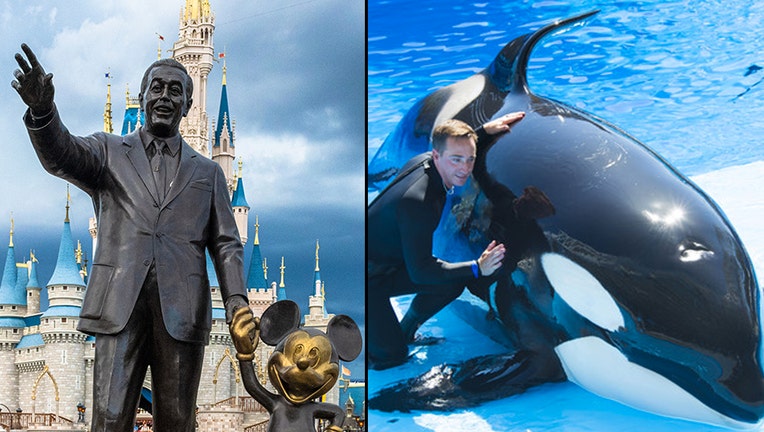 ORLANDO, Fla. - Two of Orlando's big three theme parks got approval from the State of Florida to reopen.

SeaWorld plans to reopen June 10 for an employee appreciation night. Then, on June 11, they will reopen to the public. Walt Disney World will begin welcoming back guests on July 11.

Not all of Disney’s theme parks will reopen at once. The Magic Kingdom and Animal Kingdom will open on July 11, followed by Epcot and Hollywood Studios on July 15.

RELATED: Guests will need a reservation to attend Disney theme parks when they reopen

Guests wanting to visit the parks will need to obtain a reservation in advance in order to control capacity.

In addition to the new required reservation, new safety protocols are being implemented that include:

Disney has also formed a 'Social Distancing Squad' that will be made up of enthusiastic cast members walking around the park reminding guests to practice social distancing. Signs will be on display throughout the parks.

Disney’s popular parades and fireworks shows will be suspended during the initial reopening and until further notice.

RELATED:  Here's what to expect when Universal Orlando reopens with new safety measures on June 5

As far as safety protocols, SeaWorld Orlando is putting the following measures in place:

Social distancing will also be in place at animal exhibits and extra sanitizing will be done on high-touch areas like handrails. For Aquatica, rides and rafts will be cleaned thoroughly between uses. Extra sanitation will be practiced throughout Discovery Cove as well.