A report by the state auditor general is expected to show that Michigan undercounted the death total from COVID-19 long-term facilities, says Rep. Steven Johnson.

FOX 2 - Michigan health officials have launched a preemptive rebuttal over an auditor general's report on Covid deaths in state nursing homes. The report -- which isn't even public yet -- will reportedly show those deaths were massively undercounted.

"In my mind, it proved to me to be a very deadly decision and numbers are bearing it out," said State Rep. Steve Johnson (R-Wayland).

The numbers are in and Johnson, the chair of the state oversight committee, says they do not look good.

According to the report conducted by the auditor general, the decision to place Covid patients into nursing homes during the pandemic proved to be much deadlier than state officials originally reported - 30 percent higher.

Reportedly, the state health director Elizabeth Hertel is already trying to get ahead of the final report, questioning the methods and claiming the results will likely be misinterpreted.

"... Long-term care facilities were only required to report COVID-19 deaths within the definition provided by CDC. Stating that long-term care facilities that did not report deaths in the above categories "underreported" deaths is simply not accurate," she wrote. "I continue to have serious concerns about both the methodology employed to compare long-term care facilities’ self-reported data to death certificate data from Michigan's Electronic Death Registry System and COVID-19 case and death data from the Michigan Disease Surveillance System, as well as the conclusions you’ve drawn from this review."

Johnson, however, is skeptical.

"It looks to me like the department is trying to deflect and find excuses for what actually happened here," Johnson said. "Everyone has had the utmost respect for auditor general’s office and no one has ever questioned their work before - and that’s what the department is trying to do now, and I think that’s because they know they got caught. The policies were quite deadly." 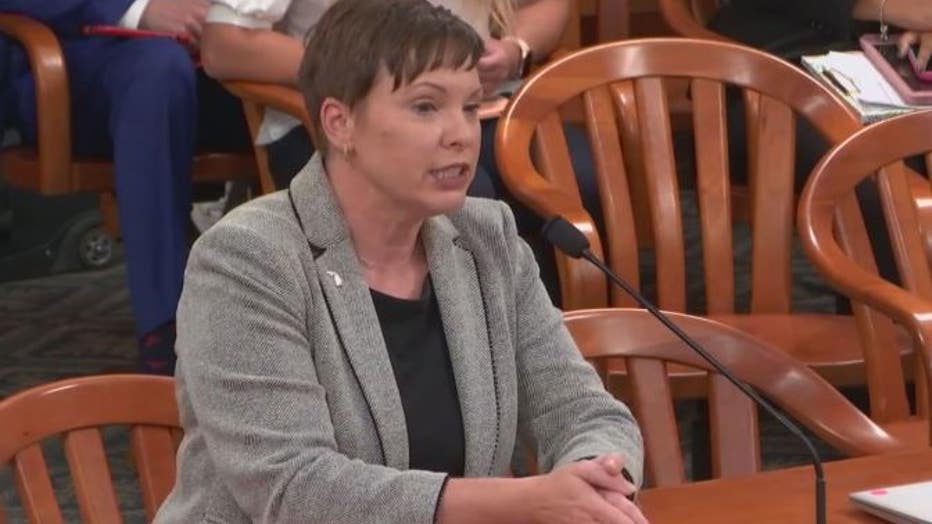 Representative Johnson, who requested the investigation by the auditor general last year, says the oversight committee plans to dig into the numbers and details and come up with a conclusion on how to handle the findings based on facts, not politics.

"I think we have to have some legislation to make sure this could never happen again, we have to protect the vulnerable adults in Michigan," he said.

With the discrepancy, it is believed that the death count is off by hundreds or perhaps thousands linked to nursing homes. The complete report is due to be released Monday.

Read Hertel's full letter below as well as Johnson's.

Johnson wrote the following below:

"While I am eager to thoroughly review the full report, what has been made clear is a sizable and shocking undercount of COVID-19 deaths at long-term care facilities in Michigan. The number reported by Gov. Gretchen Whitmer’s administration was 30 percent lower than what the Auditor General has found. Make no mistake – this is a large discrepancy, and the report makes that clear.

"As chair of the House Oversight Committee, I believe it is my duty to uncover the truth for the people of Michigan – while providing them with needed accountability and transparency as it pertains to their state government. Not just for those who are Republicans or those who are Democrats. All people. That is why I sought this audit. This was important information to gather for those throughout our state who have loved ones and relatives in nursing homes and are scared, and sadly those who lost friends and family to COVID-19 while inside of a nursing home or other long-term care facilities.

"Our committee will continue to look at why there was this discrepancy, as well as what changes are needed to ensure future reporting reflects precision instead of polling numbers. We have now seen the true scope of Gov. Whitmer’s disastrous policies, and we must ensure these tragic circumstances do not happen again. There is frankly a lot to answer for, and our legislative panel will be working to get those answers."