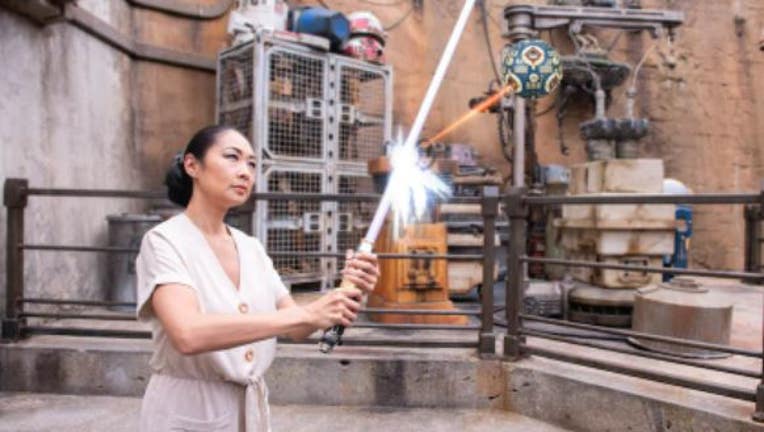 Using Disney PhotoPass Service, fans will get to capture cool memories with a droid, lightsaber, or even have Boba Fett's ship make a special appearance overhead in their photos.

To have those items appear in your photos, select Disney PhotoPass Image Scanners in Batuu, take your photo, and view the pictures in your Disney account.

Can't make it out on Wednesday? Don't worry.

Disney shared the below photos on its Disney Parks Blog to give guests an idea of what the pictures could look like: