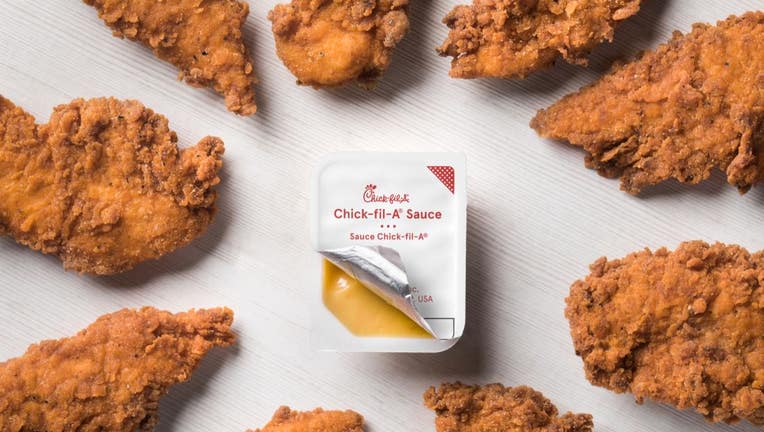 Things are heating up today at Chick-fil-A restaurants in three select markets, as the chicken chain expands a test of two hot new menu items.

Starting Monday, two new spicy chicken dishes will hit Chick-fil-A menus in Chicago, Tampa, Fla. and Central Texas, a spokesperson for the chain confirmed to FOX Business. The Spicy Chick-n-Strips will come seasoned with a spicy blend of peppers, offered as a three or four-strip entrée as well as a catering choice. The Spicy Chick-n-Strips Biscuit will be feature two spicy, seasoned strips on a buttered biscuit and grace breakfast menus, the restaurant said.

It’s out with the old and in with the new, however. To make room on the menu, Chick-fil-A is pulling three dishes – the Original Chick-n-Strips, Grilled Cool Wrap and Side Salad – from the markets where the spicy selections are sold. Chick-fil-A superfans may recall that the spicy strips and biscuits are actually also being tested at participating restaurants in Arizona and Charlotte, N.C., and will continue to be offered there, according to a news release.

Those craving the spicy bites might not want to wait too long to give them a try, as Chick-fil-A did not disclose how long the spicy chicken strips and biscuit will be available.

Making a national splash on Monday, Chick-fil-A is also rolling out a Lemon Kale Caesar Salad and "Sunjoy" drink to U.S. menus on April 26. The spring salad will be available for a limited time, while the lemonade and sweetened iced tea mix will be a permanent addition.