CAPE CANAVERAL, Fla. - With an estimated 500,000 people expected on the Space Coast to watch the SpaceX Crew Dragon Capsule launch on Saturday, you should expect traffic to be a bit messy.

Titusville police are advising motorists to slow down in launch viewing areas, especially on U.S.1, State Road 406 along the A. Max Brewer Bridge, and all surrounding areas.

Significant vehicle and pedestrian congestion delays should be expected.

To help you out, a traffic exit plan has been developed to help with a safe exit from the City of Titusville after the launch.

All motorists north of Harrison Street will proceed northbound, as shown in the map below: 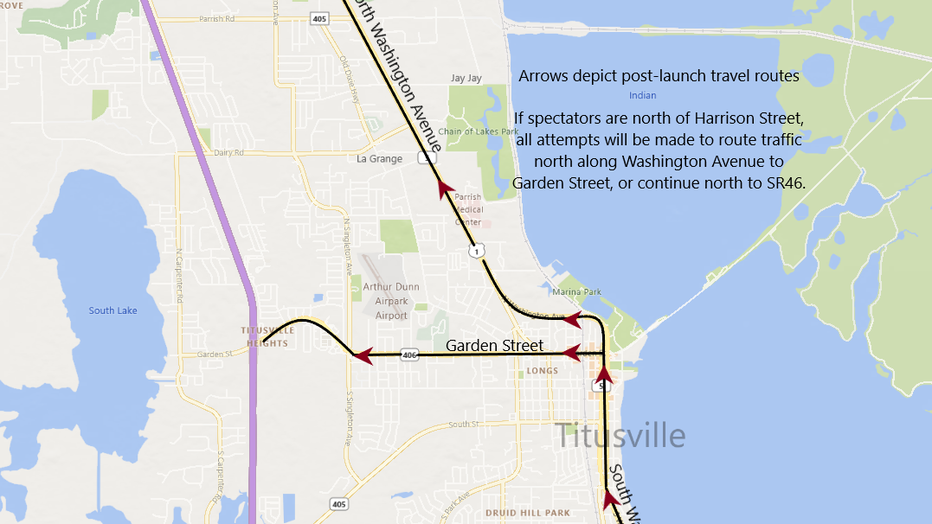 All vehicles south of Harrison will proceed southbound, as shown below: 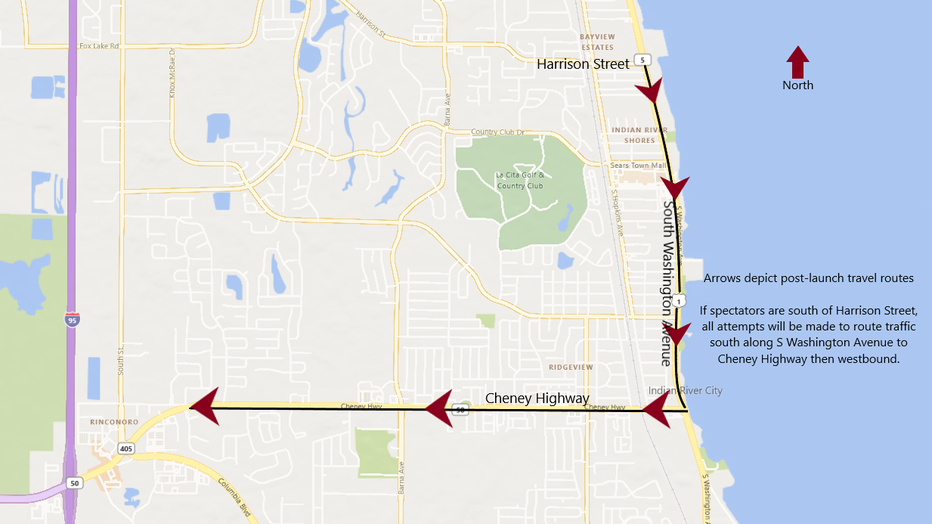 Motorists on State Road 406 (Garden Street) and on the A. Max Brewer Bridge and surrounding areas will proceed west, as shown below: 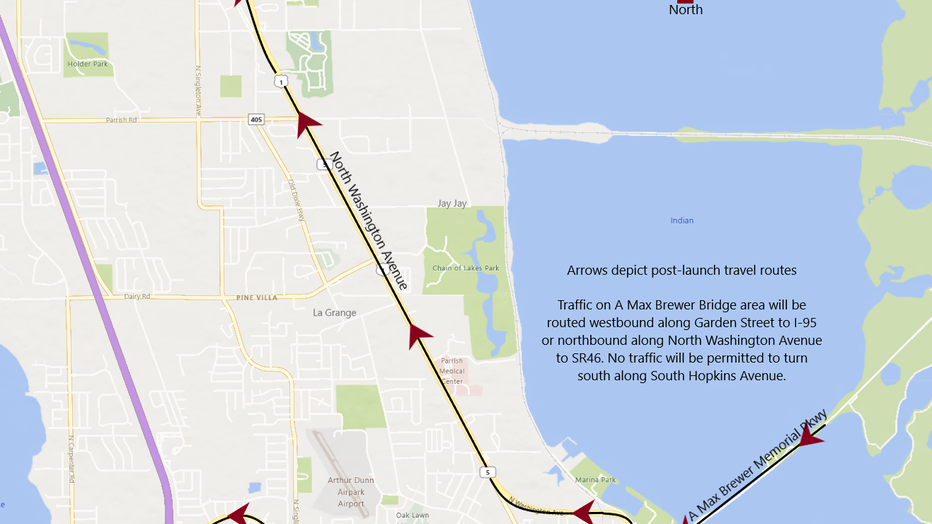 Liftoff is scheduled for 5:13 p.m. from Space Launch Complex-41 at NASA’s Kennedy Space Center, but if you want a good viewing spot, you'll want to leave for the Space Coast hours ahead of time.

FORECAST: How favorable is the weather for Saturday's crewed launch?