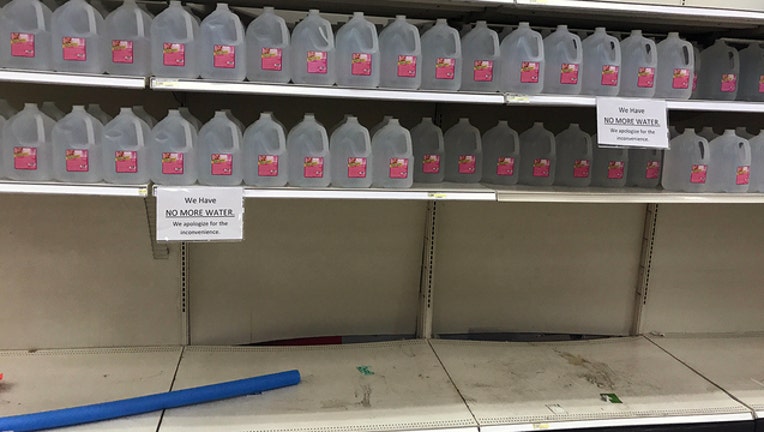 ORANGE CITY, Fla. (WOFL FOX 35) - Lee Rodriguez has 4 girls.  She came to the Deltona Publix on Saxon Boulevard Tuesday afternoon for groceries and bottled water. She walked in to shelves with no bottled water.

Frustrated customers were driving all over town to try and find some.  Lowe's, Target and Publix in Orange City were out of water. And for most of the day the Orange City's Walmart was out, but just before Fox 35 News showed up they got a shipment.

Shopper Cindy Breeze said, "There wasn't any in the store when I first started, but then I saw somebody with it and they said it's in the back and they were pulling out pallets, so I grabbed a couple."