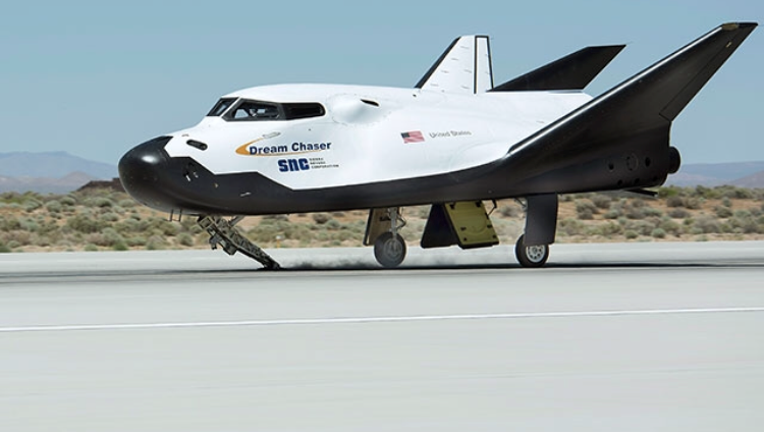 BREVARD COUNTY, Fla. - Sierra Nevada, a company that didn’t win NASA’s big contract to send astronauts to space, is instead using its spaceplane to send cargo into orbit.  Eventually, it will head to Gateway, the station that will orbit the moon.

Sierra Nevada‘s DreamChaser is a shuttle-looking spacecraft with wings. It is controlled by a crew on the ground, and a capsule hitches to the back like a caboose.  The capsule is called The Shooting Star.

Sierra Nevada‘s DreamChaser is a shuttle-looking spacecraft with wings. It is controlled by a crew on the ground, and a capsule hitches to the back like a caboose.

It’s different from the capsules that Boeing and SpaceX have because it is not intended to return to earth.  The Shooting Star rides on DreamChaser, which is launched on a rocket, then it’s tugged to the International Space Station. Inside, it’s full of items. Astronauts can then turn the Shooting Star into a space trash can, fill it with garbage and send it to Earth's upper atmosphere, where it will completely burn up. This is called a disposal mission.

Sierra Nevada wants the Shooting Star to become a workhorse for NASA.  A Shooting Star can carry 10,000 pounds of goods. Six delivery missions are already booked. The first will be in the Fall of 2021. Once the Gateway Station in the moon's orbit is built,  the DreamChaser will be incredibly useful as a moving truck.

DreamChaser comes back down to Earth and can land on any runway on the planet that can accommodate a 747. That’s impressive given that the team that flies DreamChaser via remote control is in Colorado.

The company says with a few modifications, in a few years, the same vehicle could bring astronauts to space.