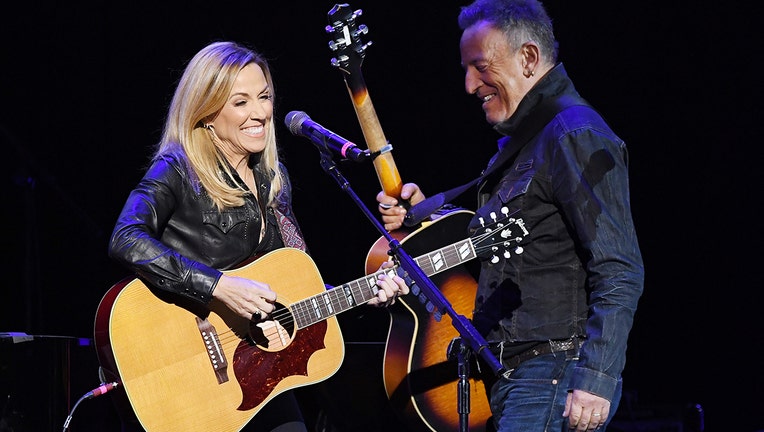 NEW YORK - Sheryl Crow and Bruce Springsteen dueted to raise millions of dollars for wounded veterans and their families.

The musicians hit the stage together on Monday night to help raise over $5.7 million at this year's Stand Up for Heroes fundraiser. It was the first time the two singers have ever performed onstage together.

MORE NEWS: Every song on Kanye West's 'Jesus Is King' album debuted on the Hot 100

Crow, 57, and Springsteen, 70, made a duet of "Redemption Day" playing acoustic guitar.

Springsteen went on to perform five songs on his own: “Bobby Jean,” “I’ll Work for Your Love,” “I’m on Fire,” “Dancing in the Dark” and “Land of Hope and Dreams" while Crow sang  “Everyday Is a Winding Road" and “I Shall Believe.”

The two entertainers were joined at the benefit, held at the Hulu Theater at Madison Square Garden, by Ronny Chieng, Hasan Minhaj, John Oliver, and host Jon Stewart.

Stand Up for Heroes was first held in 2007 and is produced by the New York Comedy Festival and the Bob Woodruff Foundation.

Woodruff was nearly killed during a 2006 attack in Iraq while embedded with U.S. troops for ABC News.

Get updates on this story from my FOXNEWS.com.