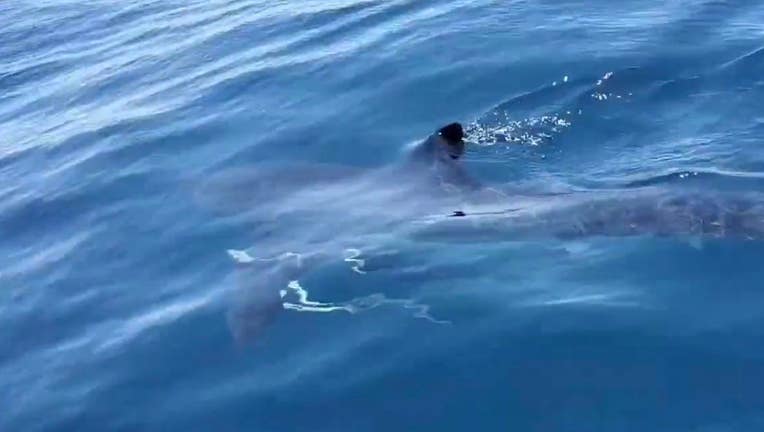 A 16-year-old was surfing at New Smyrna Beach when he was bitten by a shark, new footage shows.

The Georgia teenager, Doyle Nielson, was paddling in the water on September 9 just north of Ponce Inlet when a shark came up behind him and bit him on the arm.

"It felt like someone on their surfboard has come full speed directly at me and hit me super hard," he told Good Morning America. "And then after somebody had yelled, ‘There’s a shark, get out of there,’ I realized what it was."

The chilling video was taken by Sam Scribner, a quadriplegic photographer. He posted the video to Instagram hoping the surfer would see it and to make sure he was ok.

Nielson did see it.

"I’m really lucky!" he replied under the video. "I walked away with only 9 stitches required. So cool you got this on camera!"

New Smyrna Beach is known as the so-called shark bite capital of the world. According to the Daytona Beach News-Journal, Nielson’s shark bite is the 10th in Volusia County this year.