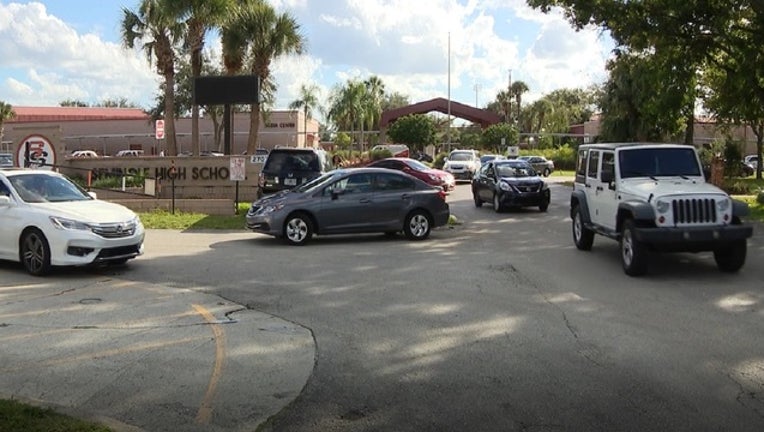 SANFORD, Fla. (WOFL FOX 35) - Sanford Police responded to Seminole High School on Tuesday, after a student called in a threat about a possible weapon on campus.

Police placed the campus on lockdown as they investigated.

Investigators say they were able to trace the call back to a student, who they say has had disciplinary problems in the past.

School officials say the student will be disciplined.

Police say no gun, or weapon, was found anywhere on campus.