About a dozen&nbsp;arrests were made at a Florida high school after a big brawl&nbsp;broke out near the cafeteria on Thursday.

PORT ORANGE, Fla. - About a dozen arrests were made at a Florida high school after a big brawl broke out near the cafeteria on Thursday.

The Volusia County Sheriff's Office said that a fight occurred in the school's courtyard around noon and that the school was placed on lockdown for precautionary reasons. 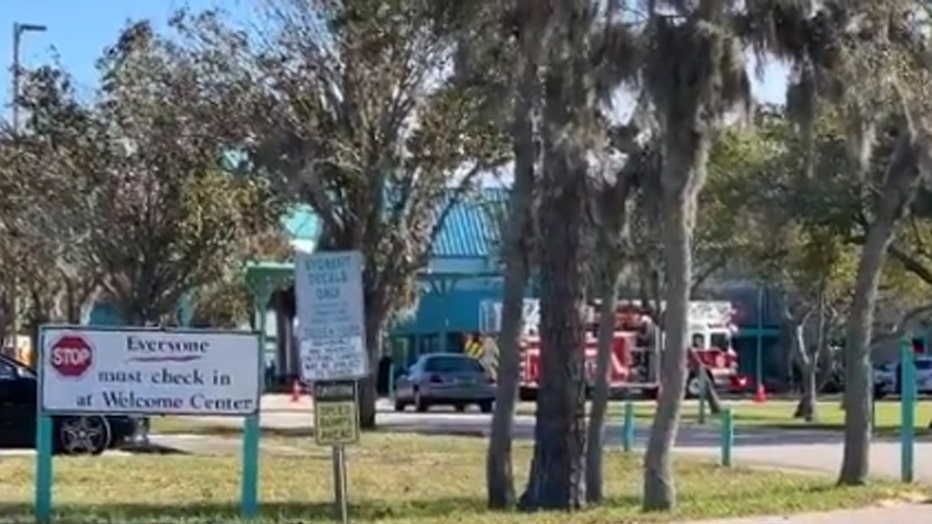 Multiple arrests were reportedly made, including eleven juveniles and one adult male who trespassed onto the campus. The adult was identified by a school administrator as a relative of a student who had brass knuckles. Police prevented the parent from access onto campus, as they could not get through security.

No other weapons have been located on campus and no students were injured, the Sheriff's Office confirmed.

Michael Munn, a parent of a student at the school, told FOX 35 News that his son hid for safety during the lockdown, not knowing what was happening. Another parent, Ray Diaz, said that his daughter was inside when the fight occurred. She texted her mom saying "code red and it's real." Parents found the most frustrating part of this incident was not knowing what was happening.

School District Administrator Tim Egnor said that "there was a series of altercations and they grew in size to the point it was determined, there needed to be a lockdown and police involvement."

Parents believe that the Volusia School district was slow to respond and that the alert should have come out sooner. For example, Michelle Small told FOX 35 News that "it should have come an hour ago when I was first got here, not when they’re going to let us in and in a couple of minutes, it's going to be lifted."

Police have not reported the cause of the fight.