New safety measures are going into place in downtown Orlando starting Friday night after a shooting that injured seven people on Sunday.

The city has installed six security checkpoints surrounding the area where that shooting happened. The checkpoints are already used for major holidays. Officials hope the checkpoints – which will include police, private security guards, and K9s – will allow fewer weapons in the area. The checkpoints will be in effect on Fridays and Saturdays going forward.  As for metal detectors, it could be several weeks before those are in place.

"It might create some more crowds with the lines, but I think it will help give everyone a better sense of security and make people feel safer downtown," said Orlando resident Adam Bass. "It shows that we are taking steps forward, and providing a better sense of community here."

Many who were downtown on Friday night said the security measures make them feel safer.

"I think it’s mandatory to have those especially when it's public areas, just to make everyone safe," said Gurmeet Singh who was visiting Orlando.

The newly added weekend security has been put in place just five days after a gunman shot into a crowd at Wall Street Plaza and injured seven people.  Videos shared online showed people running for their lives as chaos ensued. It happened around 2 a.m. as the bars were shutting down. Police say a fight broke out and someone with a gun opened fire into the crowd.

New safety measures are going into place in downtown Orlando starting Friday night after a shooting that injured seven people on Sunday.

Luckily the seven people hurt are expected to be okay. As for the gunman, Orlando police say that person is still on the streets. They are still looking through surveillance video and evidence as the investigation continues.

RELATED: 'It was madness': Florida woman celebrating birthday in downtown Orlando when she was shot in mass shooting 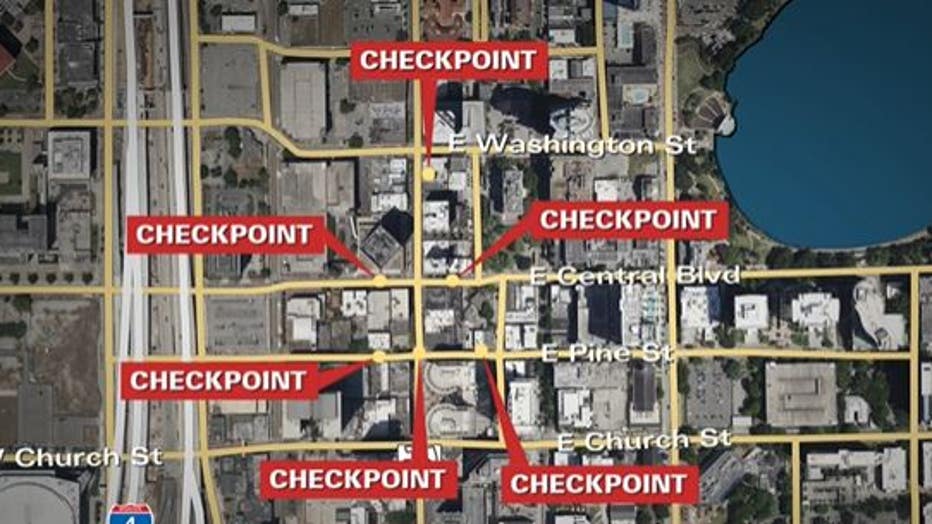 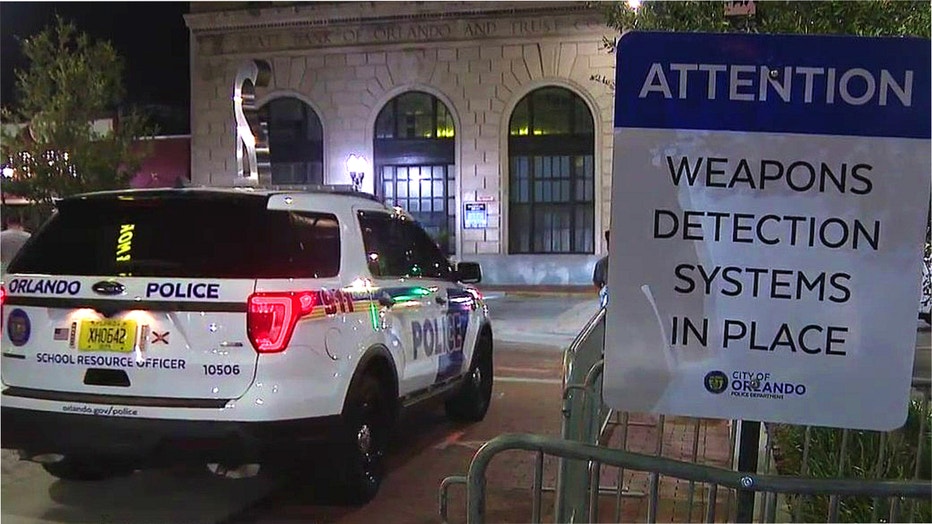 Orlando Mayor Buddy Dyer says the extra security will come from funds already set aside for downtown improvements. Some local businesses said they welcome the extra security downtown, including the co-owner of a popular club that has been in the area for many years.

"It’s a dangerous world out there, and we want to make sure people are coming to our facilities, are having a good time and leaving and getting home safe," said George Maltezos, of The Beacham. "There are facilities all over the country that check. Arenas, football games, Disney Springs, it’s just something we have to do today. We’re ready to do it and make sure everyone is safe when they’re visiting."

The checkpoints had been used previously for major holidays like New Year's Eve, St. Patrick's Day, and Halloween, but they now will be in place on Friday and Saturday nights for the foreseeable future.