A private company was out at the lake Wednesday morning to recover the crashed helicopter from Tuesday when team members found another helicopter, according to a spokesperson for the Orange County Sheriff's Office.

The pilot of that helicopter has been reached and is safe, a spokesperson said. 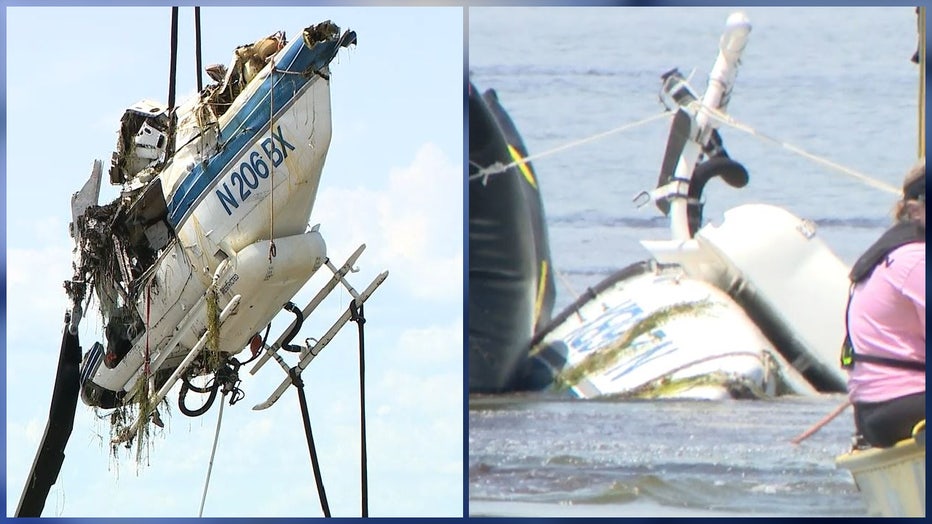 It is still unclear why either helicopter went down in Lake Apopka. Both the FAA and NTSB are investigating the crashes.

The first helicopter incident was reported around 7 a.m. Tuesday. Video from SKYFOX showed that helicopter upside down in the lake.

Investigators said that helicopter was doing some agriculture operations in the area. People who live near the lake said the helicopter was spraying some sort of chemical to attack an invasive species of grass that was apparently growing in the lake.

Another boater rescued that pilot, who was also the sole person aboard, and brought them to shore.

Both helicopters are registered to the same company out of Panama City, according to their tail numbers and FAA records.