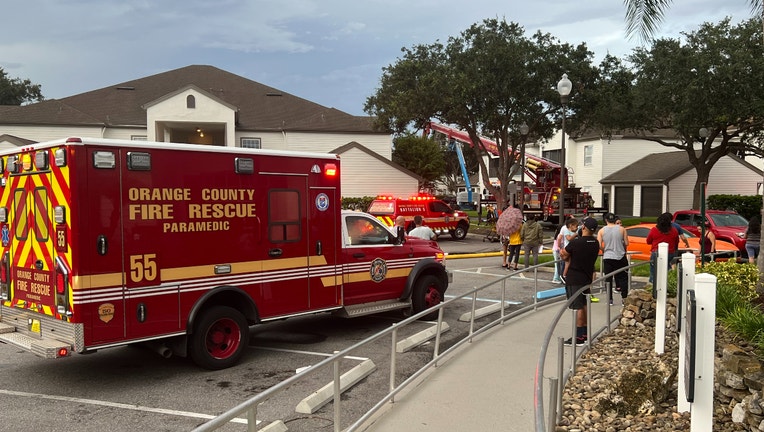 ORLANDO, Fla. - Orange County firefighters responded to the Osprey Links apartments in Hunters Creek on Wednesday to battle a fire at the complex.  It was the second fire this week to strike the property, this time damaging another building at the complex.  A fire on Monday is believed to have been sparked by lightning and resulted in the displacement of some 20 families.

The cause of Tuesday's fire remains under investigation. Orange County Fire Rescue Disaster Action Team volunteers were already providing assistance due to the previous incident.  A shelter location was identified and made available for residents who were displaced because of the second fire; however, all 15 families affected (45 people including children) made other arrangements, authorities said.  Residents who were affected by this incident can call 1-800-RED-CROSS.