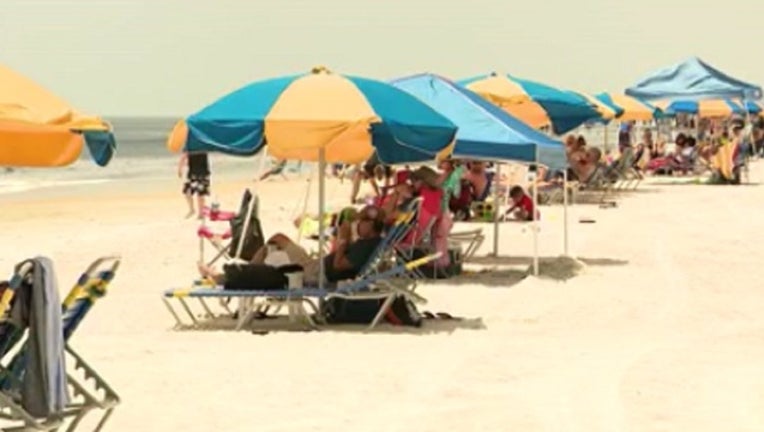 Feeling like the triple digits, people have been packing the beaches in Volusia County.

Meanwhile in downtown Orlando, the crowds were much thinner than normal at the Sunday farmer's market, where vendors like Katie Satoski also said they have to take extra steps to beat the sweltering heat. “Well, I have this nice fan over here -- if I don't have it, it's not always the best day. I have to drink a ton of water. I have frozen water bottles, so if I get really hot I can put that on me,” she said.

David Shockley, Farmer's Market Manager, said there was a noticeable drop-off in customers during the summer months. “I've seen statistics, anywhere from 25 to 50 percent of a drop-off for most farmer's markets. Some are even higher than that,” he said.

Shockley added that when you're outside today, you should also think about your best friends. “Remember your dogs,” he said, “their paws will burn. Leave them at home. If you're coming early that's great, but once that afternoon heat hits, the pavement gets really, really hot."