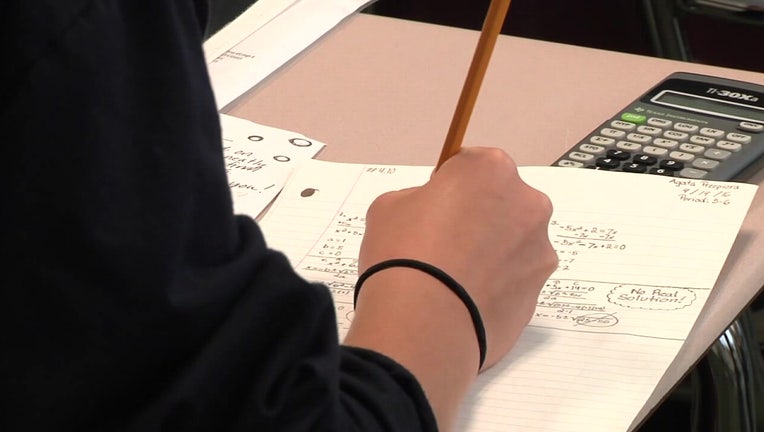 TALLAHASSEE, Fla. - Moving Florida a step closer to a major expansion of school vouchers, the Senate on Monday passed a measure that would widen eligibility for taxpayer-funded aid to send children to private schools.

The proposal also would increase the maximum income eligibility to receive vouchers to 375 percent of the federal poverty level, meaning a family of four making nearly $100,000 a year would qualify.

Senate sponsor Manny Diaz Jr., R-Hialeah, suggested during floor debate Monday that school closures and other effects of the COVID-19 pandemic increased an appetite for educational options in the state.

"The question we have here is a philosophical choice: Do we trust our families to make the right decisions for their student?" Diaz said. "COVID has exposed this even further, because parents have seen the education of their children go on, sometimes, on their dining room table."

"The changes contemplated by this bill claim to provide more parental choice, but I am very concerned that by combining these two very different programs, we are going to undermine them both," Ausley said.

In addition to increasing income eligibility for voucher programs, the measure would remove a requirement that students receiving vouchers be previously enrolled in public schools. That would open up eligibility to home-schooled students, for instance, to receive vouchers.

The proposal also would make siblings of students currently receiving vouchers and children of military members eligible for the scholarships.

Senate Minority Leader Gary Farmer, D-Lighthouse Point, argued that such an expansion of eligibility would represent an erosion of funding for traditional public schools.

"We just grossly underfund our public schools, while just lavishing money on these private schools that receive these vouchers," Farmer said.

Legislative leaders over the weekend reached an agreement on nearly $22.4 billion in spending on public schools, which includes a boost to per-student funding, and a $50 million increase to a current $500 million plan to increase teacher salaries.

Proponents of the measure have argued that private schools have to compete for students, meaning they would lose vouchers if they underperform.

Under the bill, the value of vouchers also would increase to 100 percent of the per-student funding amount for public schools, from the current 95 percent under the bill.

A House staff analysis of the bill this month said the proposed expansion could have a "maximum fiscal impact" of $200 million, based on a projection that it could lead to funding more than 61,000 new vouchers.

The proposal also would allow Family Empowerment Scholarship recipients to spend the funds on items beyond private school tuition, like digital devices and internet costs, with a wider range of expenses allowed for special needs students.

"I’m pleased to see the Senate stand with Florida parents who overwhelmingly support expanding eligibility for these popular school choice programs. We know that parents are their children’s first and best educators, a fact that has certainly been highlighted over the last year," Simpson said in a prepared statement.