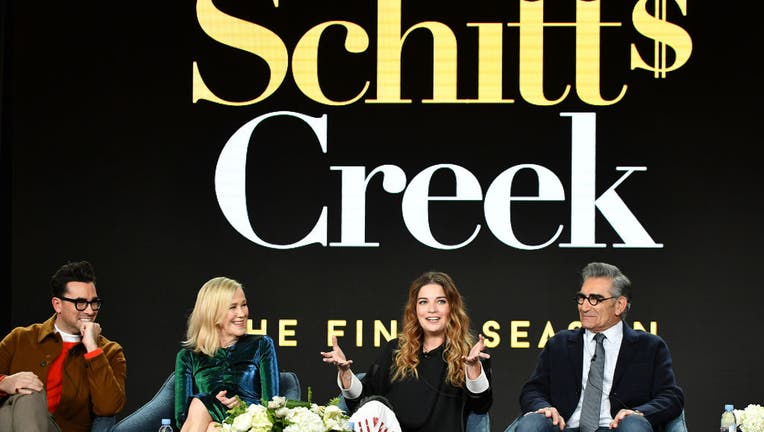 MIAMI - Fans of the television show "Schitt’s Creek" may not be able to visit the fictional Canadian town but a cruise may be the next best thing.

"Moira’s Party Boat: Ew, Cruising!" is set to sail from Miami on March 30, stopping in Key West, Florida, and then on to Nassau, Bahamas. The cruise will return to Miami on April 3.

In keeping with the theme of the hit show, events include "Bébe’s Chamber Wig Sail Away Party with Fruit Wine," "A Little Bit of Rosé Pool Party" and "Alexis’s Bar Crawl ."

The critically acclaimed comedy — about a shallow, filthy rich family who lose their fortune and are forced to live in a small town they bought as a joke — debuted in Canada in 2015, and soon after on Pop TV in the United States.

The show’s popularity exploded when it became widely available on Netflix in 2017, and it received its first Emmy nominations in 2019, including one for best comedy series.

"I think when the show started out, it was kind of this quirky little Canadian thing," said Murphy, who plays Alexis, the Roses’ Paris Hilton-esque daughter. "And then as it gained momentum and we got added to Netflix it reached a much, much wider audience and the responses went from like, ‘Oh it’s the dad from ‘American Pie’ and the mom from ‘Home Alone’ and the creepy, creepy guy from ‘Scary Movie,’ to ‘Oh, my God, this show just got my mom through her chemotherapy treatments,’ or ‘This show allowed me to summon up the courage to come out to my family.’"