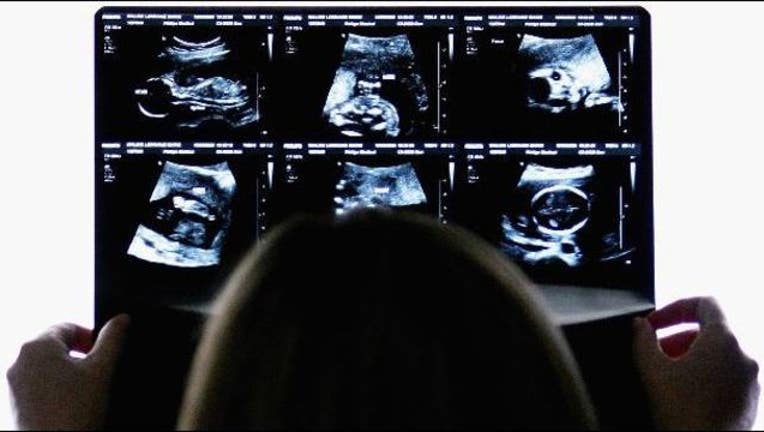 SAN FRANCISCO (KTVU) - The city of San Francisco is suing the Trump administration over its new regulation allowing health care professionals to opt out of providing treatments they oppose, declaring the "conscience rule" is unconstitutional.

City Attorney Dennis Herrera filed the lawsuit in U.S. District Court for Northern California on Thursday, hours after President Donald Trump made the announcement, which advances his administration's anti-abortion agenda.

President Donald Trump chose the National Day of Prayer to make the proclamation, where the complex "conscience" rule runs more than 400 pages and requires hospitals, universities, clinics and other institutions that receive funding from federal programs such as Medicare and Medicaid to certify that they comply with some 25 federal laws protecting conscience and religious rights.

The rule also addresses conscience protections involving so-called advance directives that detail a patient's wishes for care at the end of life.

Most of these laws and provisions address medical procedures such as abortion, sterilization and assisted suicide. The ultimate penalty can be loss of federal funding for violations of conscience or religious rights, but most cases are settled by making changes in practices and procedures.

HHS said last year the office received more than 1,300 complaints alleging discrimination in a health care setting on account of religious beliefs or conscience issues. There was only a trickle of such complaints previously, officials said, about one per year for alleged conscience violations.

The rule makes no new law and doesn't go beyond statutes passed under administrations of both political parties, said Roger Severino, head of the office that will enforce it at the Department of Health and Human Services. Rather, the regulation will guarantee that religious and conscience protections already on the books can't be ignored.

But Herrera is arguing that the U.S. Department of Health and Human Services exceeded its statutory authority when it created the rule. He is seeking a court order preventing the new rule from taking effect.

“At its core, this rule is about denying people medical care,” Herrera said in a statement. “This administration is willing to sacrifice patients’ health and lives — particularly those of women, members of the LGBTQ community, and low-income families — to score right-wing political points. It’s reprehensible. People’s health should not be a political football. The intent of this new rule is clear: it’s to prioritize religious beliefs over patient care, thereby undermining access to contraception, abortion, HIV treatment and a host of other medical services. We are not going to let the Trump administration push our country back to 1940s health care.”

Herrera said San Francisco could lose nearly $1 billion in federal funding for health care programs such as Medicaid and Medicare if healthcare workers don't comply. He added that the regulation prioritizes religious beliefs over patient care and undermines access to birth control, abortion, HIV treatment and other medical services.

The new rule requires cities like San Francisco — in all circumstances — to prioritize a staff person’s religious beliefs over the health and lives of patients. The rule is so broad, Herrera argued, it applies "not just to doctors and nurses, but anyone even tangentially related to health care, like receptionists. Schedulers, for example, could refuse to schedule appointments for LGBTQ patients or a woman seeking information about an abortion, with potentially devastating impacts on the patients’ health or lives"

If San Francisco sought to address the situation by transferring the staff person to another assignment so their professional role did not conflict with their personal beliefs, that could be considered “discrimination” against the staffer under the new federal rule, according to Herrera.

And if San Francisco refuses to comply with the new rule, it risks losing nearly $1 billion in federal money that funds everything from Medicaid and Medicare to HIV treatment to assistance for low-income families and foster children.

“Threatening the health of women, seniors, and the sick doesn’t demonstrate strength or conviction. It’s simply craven,” Herrera said. “Rather than protecting civil rights, this new rule makes a mockery of them. Once again, the Trump administration is trying to bully local governments by threatening to withhold federal funds. That’s not how American democracy works. The president does not have that authority under the Constitution. I would have hoped the Trump administration, after all of their losses in court, would have learned that lesson by now.”

As it stands now, San Francisco "has a thoughtful, balanced approach" to handling medical staff with objections to certain treatments, Herrera said.

Under that policy, medical staff can request not to participate in a procedure on moral, religious or ethical grounds. The person’s manager must then determine if that person's request for accommodation negatively affects the quality of the patient’s care. If the patient’s needs do not allow for the substitution of doctor or provider, the manager or must inform the employee to stay at his or post until other competent medical staff can be provided. If possible, accommodations will be made, which may include transferring employees to another area where they will not be called on to perform the task they find objectionable.

The conscience rule was a priority for religious conservatives who are a key part of Trump's political base, but some critics fear it will become a pretext for denying medical attention to LGBT people or women seeking abortions, a legal medical procedure.

"Protecting the right of all health care providers to make professional judgments based on moral convictions and ethical standards ... is necessary to ensure that access to health care is not diminished, which would occur if they were forced out of their jobs because of their ethical stances," his statement added.

Not surpisingly, Trump garnered a lot of critcism, especially from Democrats.

"Make no mistake," she added, "this is an open license to discriminate against Americans who already face serious, systemic discrimination." She said she was also addressing another pending regulation seen as undermining the rights of transgender patients. Pelosi said the Democratic-controlled House would "fight" the administration's actions.

The rule takes effect 60 days after publication in the Federal Register.