On March 2 troops from Fort Stewart were deployed to Germany to bolster forces in an effort to deter Russian aggression. However, some community members said the impact from the soldier's departure was felt almost immediately.

HINESVILLE, Ga. - Hundreds of troops left Georgia Wednesday to provide assistance to NATO allies in the wake of the Russia-Ukraine conflict.

However, those who live in the Fort Stewart area said the impact of the deployed soldiers was almost immediate.

One example of the impact can be found inside the longtime family-owned restaurant Izola’s.

"We are proud to be in a military town," restaurant owner James Poole said. "The ties represent unity. I was in Goodwill one day and I saw the ties. Some were skinny, some were fat, some were nice. They represent unity and that’s why we wanted to bring that in here."

There’s something else that’s hard to overlook in the Hinesville community, the sea of green from military members from nearby Fort Stewart.

Lori Poole co-owns Izola's and said military members are viewed as a part of their larger family.

"It’s like family. We are a family-owned business. When we welcome them in they are family. When they are gone we miss them and when we lose them we hurt with them," Lori Poole said. 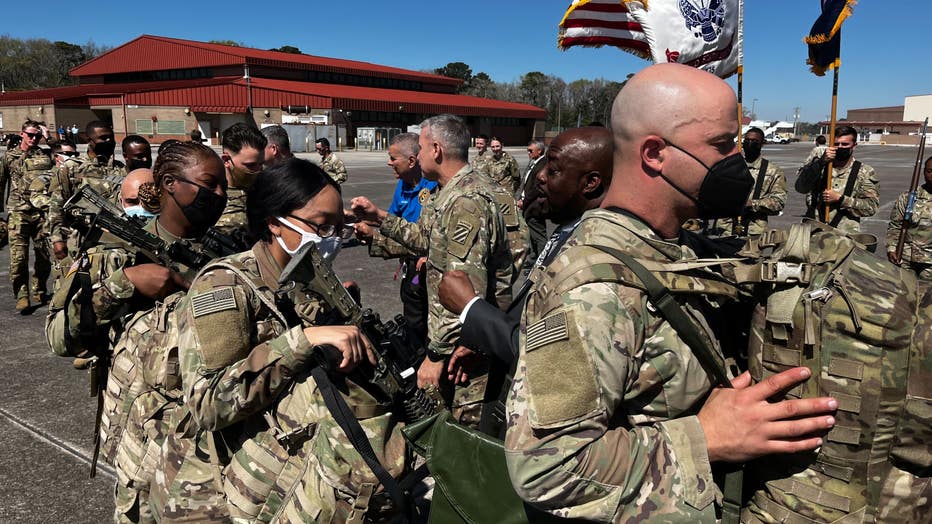 James and Lori Poole said the small town they call home does not lack a big city feel.

The brave men and women who step up to serve the country are a big part of what makes Hinesville a family.

"We pray for them daily. We don’t know what they face. We only see this side of it. We see when they come to the restaurant, and they say hello. We don’t see the behind the scenes. They need a lot of prayer," James Poole said.

"I was a school teacher. I taught on base for 26 years. I called them military babies. To see the devastation with the kids was hard. We try to love them and be there for them when they need us," Lori Pool said.

As the ties string together around the restaurant these owners hope the community will continue to uplift and support each other. Especially those families with military members who are serving.

"They have to remember love wins and unity will always win. We have to have each other. We need each other," James Poole said.