The race to space is colliding head-on with international conflicts in Russia and Ukraine. As a result, Florida’s space hub is taking some heat.

CAPE CANAVERAL, Fla. (AP) - The race to space is colliding head-on with international conflicts in Russia and Ukraine.  As a result, Florida’s space hub is taking some heat.

Merritt Island-based satellite developer OneWeb, right outside the gates of Kennedy Space Center, is currently in limbo with Russian contractors.

This week, Russian space agency Roscosmos was set to launch 36 OneWeb internet satellites from Baikonur Cosmodrome in Kazakhstan.  Now, Russia is refusing to launch the satellites without guarantees they will not be used for military purposes. The ultimatum is a response to sanctions imposed by the United Kingdom, a partial owner of the company.

The standoff situation comes in response to sanctions imposed by the UK against Russia after President Vladimir Putin ordered his troops to invade Ukraine. 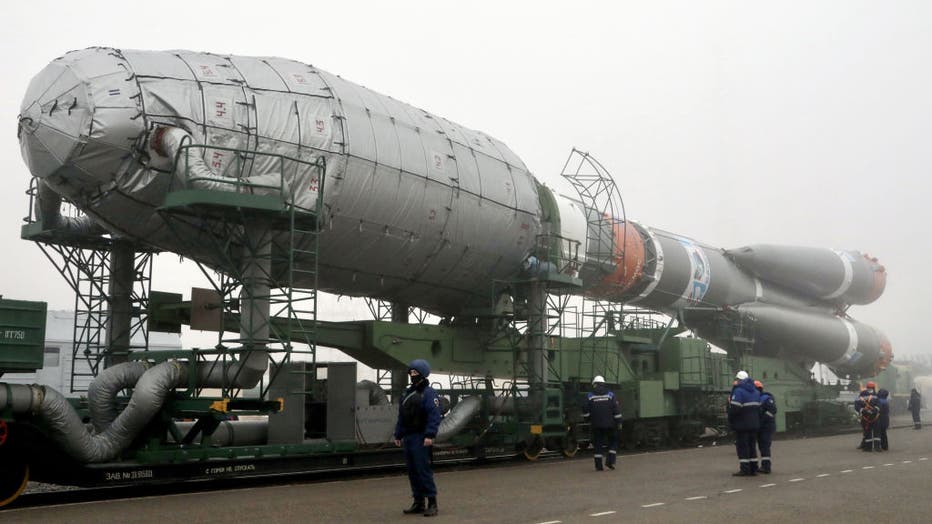 A Soyuz-2.1b rocket booster with a Fregat upper stage carrying British OneWeb satellites is being transported from an assembling facility to a launch pad at the Baikonur Cosmodrome. The launch is scheduled for 5 March 2022 at 01:41 Moscow time. (Phot

Don Platt, Florida Institute of Technology associate professor of space systems and the director of the Spaceport Education Center, calls it an impossible ask.

"Obviously, those are nonstarters; a company can't just go out and ask one of their main investors to no longer be involved with them because of a launch provider's demands," said Platt.

Platt said operations will continue to be in flux for a while.

"There will be a tremendous amount of people all over, whether it is in Europe or the United States who will no longer have an interest in doing business with Russia, certainly in the space industry as well," Platt said.

The impacts of sanctions and flight bans to and from Russia put in place by the U.S. and its allies because Putin invaded Ukraine could have longer-term effects on the Florida satellite manufacturing facility and the space industry as a whole.

OneWeb has selected Russia to launch about 19 missions.