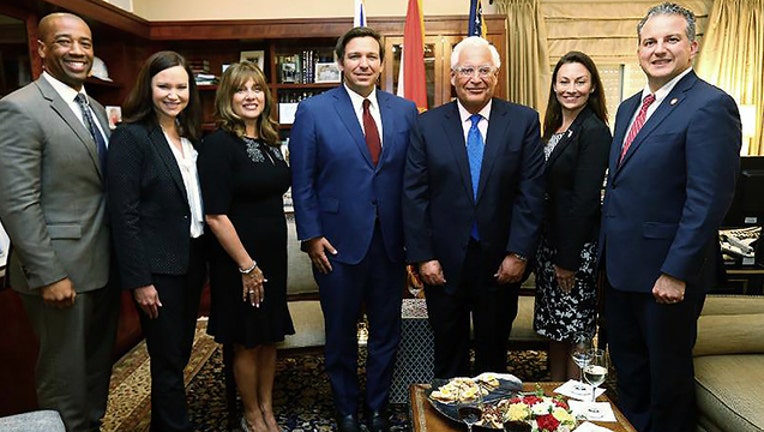 TALLAHASSEE, Fla. (NSF) - An inspector general report into sexual-harassment allegations against suspended financial regulator Ronald Rubin has been placed on the agenda for next week’s meeting of Gov. Ron DeSantis and the Florida Cabinet.

The agenda posted online did not provide details of the expected discussion during the July 25 meeting.

State Chief Financial Officer Jimmy Patronis is pushing to fire Rubin, who was hired in February as commissioner of the state Office of Financial Regulation. Rubin was hired by DeSantis and the Cabinet, which is made up of Patronis, Attorney General Ashley Moody and Agriculture Commissioner Nikki Fried.

When asked for comment on the inspector-general report, Moody spokeswoman Lauren Schenone said, “Attorney General Moody called for an emergency Cabinet meeting months ago to discuss this matter.”

Representatives of Fried and DeSantis had not replied to requests for comment. An executive summary of the report was released late Wednesday and said Rubin, who had been on the job for 57 days before being suspended by Patronis on May 10, violated department policy prohibiting misconduct. Rubin, meanwhile, has fired back and accused Patronis of wrongdoing.

The Florida Department of Law Enforcement has been asked to investigate Patronis’ public release of a redacted version of the confidential sexual-harassment complaint lodged against Rubin.