NEW YORK (AP) - Even if you want to chance it, good luck finding any romaine lettuce right now.

On Tuesday, the Centers for Disease Control and Prevention (CDC) issued a nationwide recommendation that consumers throw away any romaine lettuce; calling it unsafe to eat. An e-coli outbreak, traced back to romaine, has now made at least 32 people in 11 states sick and hospitalized 13.

By Wednesday morning, romaine was nearly impossible to find.  Grocery stores throughout Central Florida pulled all romaine products, and many could be seen filling the empty spots on the shelves with alternatives like spinach. Many restaurants have signs on their front doors or along-side their menus warning of the romaine danger and unavailability.

Brian Certo, owner of Eden’s Fresh Co. in Winter Park and Orlando, had to pull all of his romaine stock and rework his menu with alternatives like iceberg and spinach.

"Sometimes I have to remind myself that this isn't, the world isn't ending right now,” said Certo whose menu mostly consists of salads and wraps.

This isn’t the first romaine recall Certo’s seen, but he said he takes every one as seriously as the last.  Right now, the CDC still hasn’t pinpointed the exact source of the e-coli tainted romaine. So much of what’s out there could be harmless, but with the extent that the illness has spread they are recommending an abundance of caution.

Many medical professionals are recommending to people that, along with throwing any romaine out, they also bleach and surfaces or kitchen utensils that may have touched that romaine.

"This particular bacteria is a very dangerous bacteria. It does kill people, it does get into the blood supply, and it can shut down your kidneys and your lungs,” said Internal Medicine Doctor, Dr. Michael Hirt.

Certo said he hasn’t completely ditched his romaine stock just yet, but has put it into a sort of quarantine away from the rest of the restaurant’s food and operations; hoping that the CDC finds the exact source in the next few days and his won’t be on the list.

"It'll be a few days and the CDC will figure out where the lettuce that was troublesome originated,” said Certo.

However, he said if it comes down to throwing out his stock or being unable to use it: it’ll be worth the lost money and temporary menu changes.  After all, Certo said you can’t be too careful.

"Cause it's my job: to keep people safe and keep the food tasty and fresh on the plate,” he said.

On Tuesday, U.S. health officials issued an unusually broad warning against all types of romaine lettuce amid an E. coli outbreak. They asked restaurants and grocers to stop selling it, people to stop eating it and everyone to throw it all out.

WASN'T THERE ALREADY A ROMAINE OUTBREAK THIS YEAR?

Yes. The strain of E. coli in the current outbreak differs from the one linked to romaine earlier this year that sickened about 200 people and killed five. But it appears similar to the strain identified in a 2017 outbreak that happened around the same time of year.

That outbreak was linked to "leafy greens," but a specific supplier or vegetable was never identified in the U.S.

This time, officials were able to issue an alert earlier and specifically warn against romaine because of information collected through interviews with people who got sick, said Laura Gieraltowski, of the Centers for Disease Control and Prevention.

Improved detection may be driving up the number of outbreaks tied to produce. But the way food is produced is another consideration.

Timothy Lytton, a professor of law at Georgia State University, noted that large cattle feeding lots could be a contributing factor.

WHY CAN'T I JUST WASH MY ROMAINE?  Washing doesn't kill germs like the heat from cooking does. That's why health officials are warning against all romaine.

According to a 2013 U.S. government report , leafy greens such as lettuce and spinach are the biggest source of food poisoning.

"Any product that we don't have a cooking step is a bigger issue," said Martin Wiedmann, a professor of food safety at Cornell.

THEN WHEN CAN I HAVE SALAD AGAIN? It's not clear when it will be OK to eat romaine again. Public health officials would want to be able to identify the source of the contamination or see the reported illnesses stop. Romaine has a shelf life of 21 days.

Romaine sold in the U.S. comes from different regions at different times of year. So while the romaine lettuce linked to the E. coli outbreak earlier this year was from Arizona, romaine lettuce on shelves now is mostly from California, regulators said.

Harvesting just recently began shifting back to southern California and Arizona, though most of that product has not started shipping, according to Lopez of the Arizona Leafy Green Marketing Agreement. She said suppliers were asked to withdraw products until health officials are confident the pipeline is clear of contaminated romaine.

WHAT ABOUT TURKEY?  Besides the romaine outbreak, there's a long-running widespread salmonella outbreak linked to raw turkey in the U.S.

Raw meat and poultry is allowed to have salmonella because it's assumed that people will cook it. That's why regulators aren't telling people to avoid it, they're just reminding people to properly handle and cook their holiday birds. 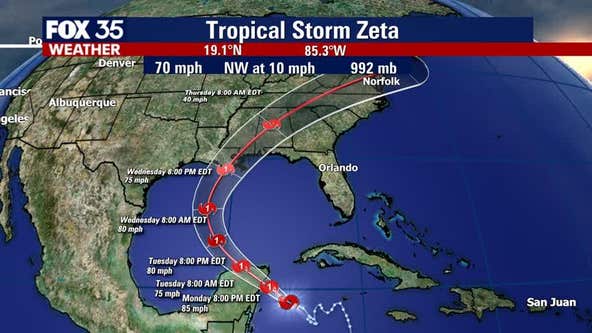 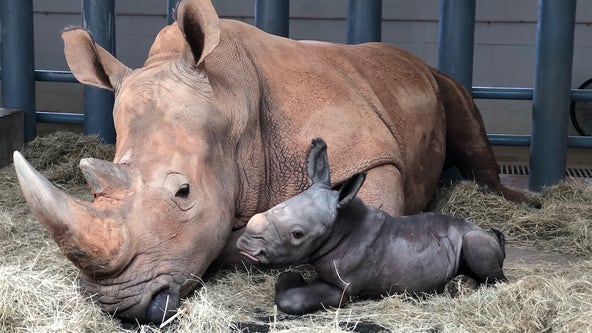