CLEVELAND, Ohio - Just days after country music legend Dolly Parton announced she was withdrawing her name from the Rock & Roll Hall of Fame’s nomination to induct her, the foundation has issued a statement.

"All of us in the music community have seen Dolly Parton’s thoughtful note expressing her feeling that she has not earned the right to be inducted into the Rock & Roll Hall of Fame," the foundation responded to FOX Television Stations Group. "In addition to her incredible talent as an artist, her humility is another reason Dolly is a beloved icon by millions of fans around the world."

Parton was among 17 contenders announced last month, including Beck, Pat Benatar, Eminem and Dionne Warwick. The foundation credited her "prodigious songwriting talent, vocal and instrumental prowess, charisma, and trademark style" for her nomination.

While Parton is primarily seen as a country artist, the foundation argued that the Rock & Roll Hall of Fame is "not defined by any one genre."

"From its inception, Rock & Roll has had deep roots in Rhythm & Blues and Country music. It is not defined by any one genre, rather a sound that moves youth culture," the foundation continued. "Dolly Parton’s music impacted a generation of young fans and influenced countless artists that followed. Her nomination to be considered for induction into the Rock & Roll Hall of Fame followed the same process as all other artists who have been considered." 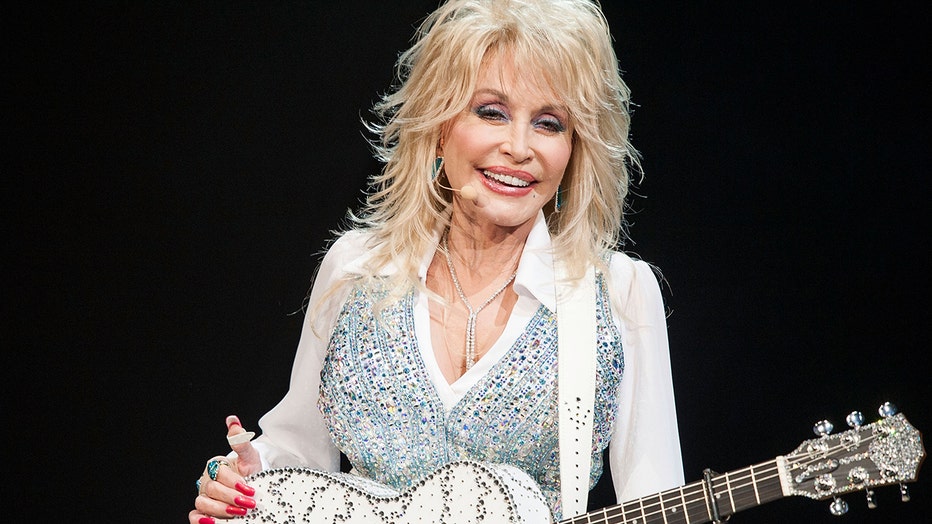 This was the first ballot nomination for Parton, who has already been elected into the Country Music Hall of Fame.

Dolly’s nomination, along with the other 16 artists for the class of 2022, was sent out earlier this month to the foundation’s 1,200 general ballot voters, the majority of whom are artists themselves, for consideration for induction at its ceremony.

"We are in awe of Dolly’s brilliant talent and pioneering spirit and are proud to have nominated her for induction into the Rock & Roll Hall of Fame," the foundation concluded.

Earlier this week, Parton announced her decision to withdraw her name from the nomination.

"Even though I am extremely flattered and grateful to be nominated for the Rock & Roll Hall of Fame, I don’t feel that I have earned that right. I really do not want votes to be split because of me, so I must respectfully bow out," she posted on Instagram.

She wrote that it’s inspired her to put out a "hopefully great rock ‘n’ roll album," and said that’s something she’s always wanted to do. She added that she’s got the seal of approval from her husband, who she called "a rock ‘n’ roll freak."

"I do hope that the Rock & Roll Hall of Fame will understand and be willing to consider me again - if I’m ever worthy," she continued.

Other artists who have made both the Rock Hall and Country Hall of Fame include Brenda Lee, Johnny Cash, Elvis Presley, Chet Atkins, Hank Williams and the Everly Brothers.

To be eligible for a Rock & Roll Hall of Fame nomination, the artist must have released their first commercial recording at least 25 years ago. More than a thousand artists, historians and members of the music industry then vote, with inductees being announced in May.

Fans on social media were overwhelmingly supportive of Parton’s decision, with comments calling her a "humble queen," a "class act" and "a legend already."

The mural's artist added the quote after reading it in a magazine article.

Parton’s career hasn’t slowed in the past few years, despite the COVID-19 pandemic.

The 76-year-old launched a baking venture in partnership with Duncan Hines in January. She’s given away millions of books as part of her Imagination Library program and has continually supported COVID-19 vaccine research. She also raised hundreds of thousands of dollars for flood victims in Tennessee last year.

She was also named one of People Magazine’s "2021 People of the Year.

Parton also has a big week ahead when she hosts the ACM Awards and drops not just a new album but also a novel.

The 12-track album, "Run, Rose, Run," out Friday, serves as a companion to the book novel by the same name co-authored by James Patterson, which was released on Monday, March 7. The book is a mystery set in Nashville about two singers — an older, jaded icon and a young newcomer with a dark past. The album is described as a soundtrack and includes the song "Blue Bonnet Breeze," which Parton describes a "Romeo and Juliet kind of story."

This story was reported from Los Angeles. Megan Ziegler and The Associated Press contributed.