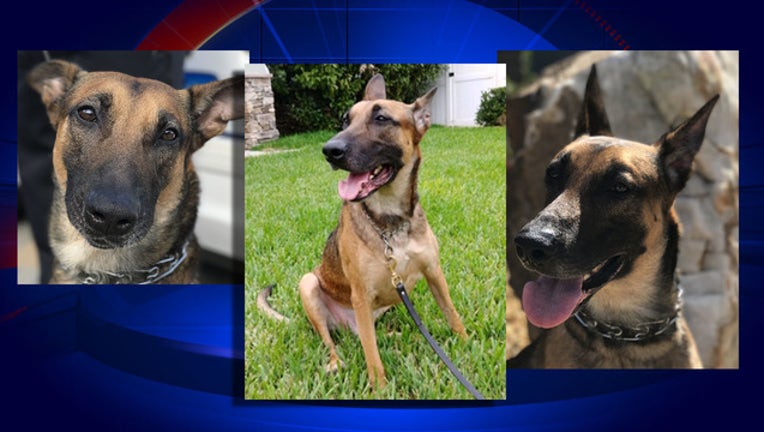 MOUNT DORA, Fla. (WOFL FOX 35) - The Mount Dora Police Department is mourning the loss of K-9 Officer Stryker that passed away this week.

K-9 Stryker was diagnosed with cancer in December 2017, shortly after his retirement from the Mount Dora Police Department.

A veterinarian gave Stryker approximately one year to live after three tumors were discovered in his digestive tract.  The main tumor was surgically removed at that time.

Over the weekend, Corporal Adam McCulloch, Styker’s handler, discovered he had become lethargic, developed a fever and was unable to hold any food down.  On November 5, Cpl. McCulloch took Stryker to the vet where he passed away around 3:15 p.m.  He was only 6-years-old.

The K-9 team of Cpl. McCulloch and K-9 Stryker are responsible for making over 140 arrests, as well as, seizing guns, cocaine, meth, heroin, marijuana and prescription pills during their tenure as a team.