If you're stressed out over preparing a Thanksgiving meal during a pandemic, you may be pleased to know a number of restaurants are providing to-go turkeys and all the fixings.

ORANGE COUNTY, Fla. - Thanksgiving dinner is right around the corner, and instead of stocking up at the grocery store, some people are turning to their favorite restaurants for the bird and fixings.

“The carry-out thing, it’s easier when you can just rush in and grab a package and go,” said Rhys Gawlak, owner of Swine of Sons in Winter Park.

He says the turkey orders are piling up.

“We’ve got people ordering two 16-pound turkeys, so they’re gonna have a big party, and we’ve got some people ordering smaller, but they’re looking for leftovers,” Gawlak said.

Soco in Thornton Park is offering Thanksgiving to-go for the first time this year.

“This has been a different kind of year for everybody and I expect it’s probably going to carry through Thanksgiving, right,” said Soco Executive Chef and Partner Greg Richie.

Richie explained that Easter and Mother’s Day carry-out were a success at the restaurant so they decided to continue the trend. 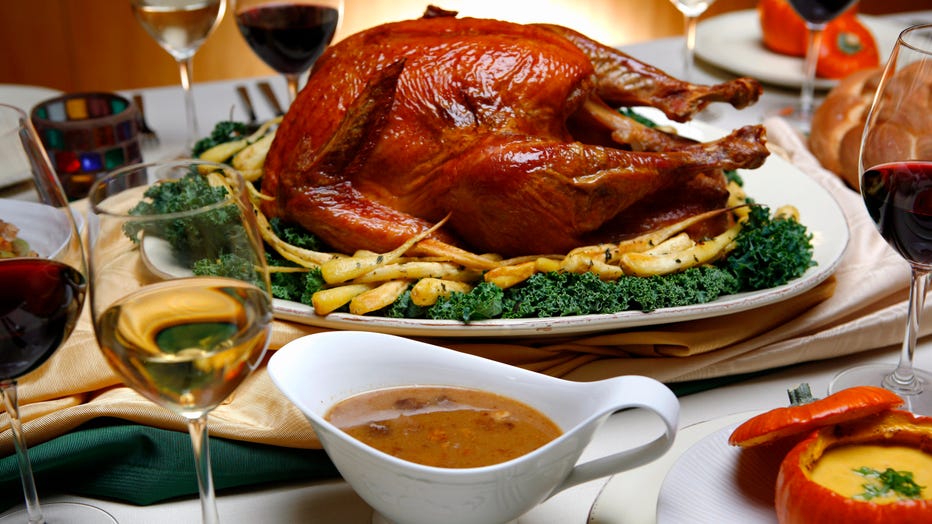 A feast for Thanksgiving dinner is shown in a file image taken on Nov. 2, 2007. (Photo by Jay L. Clendenin/Los Angeles Times via Getty Images)

“This year, rather than just close the doors and going away, we’re gonna say, ‘Hey! How about on Wednesday we got something for you, if you want to do that.’”

Over at the New Standard, they’re doing everything but the turkey, offering up a package of several sides and dessert.

The restaurant is celebrating its first Thanksgiving after opening in January.

“If there’s anything that has come out of this pandemic, it’s the ability to pivot and to come up with creative and cool initiatives like this,” said Holly Kapherr, with the restaurant’s marketing team.

“Let's help the local businesses, get some food for yourself and have a happy Thanksgiving,” Richie said.