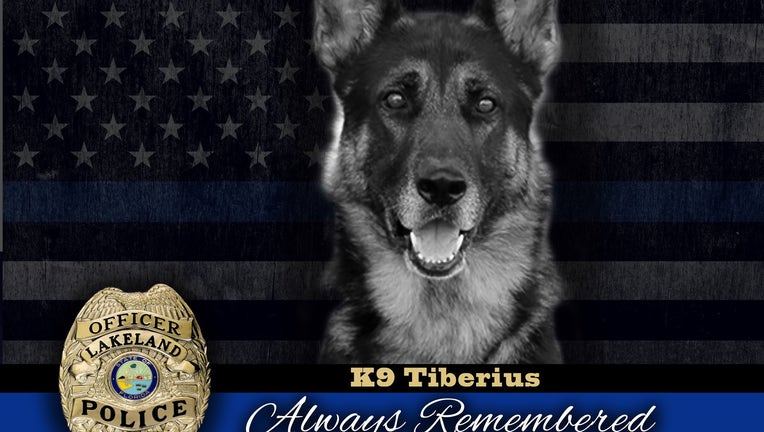 LAKELAND, Fla. - The Lakeland Police Department posted a tribute to Facebook of their beloved police K-9 Tiberius who passed away last week.

Tiberius served with the force from 2010 until his retirement in 2016.

"K9 Tiberius was a dual certified dog, trained in both patrol functions and bomb detection. He served as a loyal partner to the humans that loved him, both on the job and off," the department wrote on Facebook.

Tiberius was adopted after he retired by the Rauch family.

"Their love allowed him to enjoy the best retirement years any hero could ask for. THANK YOU, Eric and Noel."

The department didn't mention what caused his death. However, they did indicate how much the adorable K-9 would be missed, posting photos of Tiberius during his time with them.