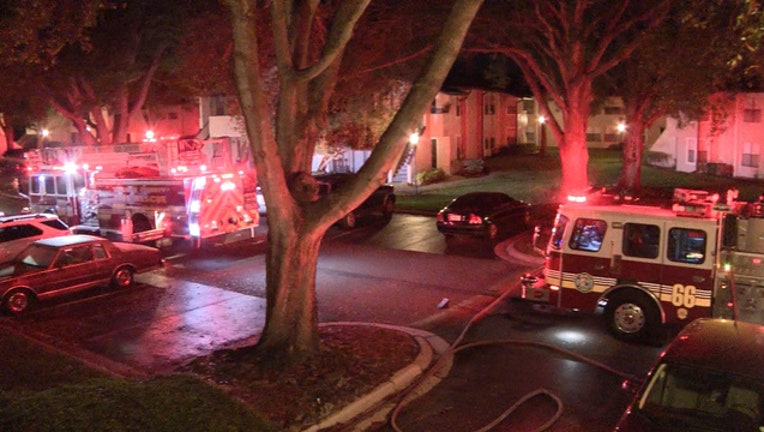 Orange County Fire Rescue responded to Parkview Village off Semoran Boulevard around 3 a.m. They said it appears the fire broke out on the stairs. Officials said no one was injured.

Edward Pangilinan lives in one of the damaged condos. He said he woke up because he could not breathe and noticed smoke coming into his condo. He said he looked outside and saw the stairs were on fire.

“I saw it from my patio screen. I opened the door and I was like oh snap fire,” Pangilinan said. “That’s when I rushed out and called 911.”

Pangilian said his condo was damaged. “The patio wall is gone. There’s damage to my ceiling so I can see up to my neighbor,” he said.

The fire marshal will be investigating the cause of the fire.