DeSantis' inauguration ceremony took place Tuesday morning in front of Florida's Old Capitol, where he'll lay out his vision for the next four years.

His full inauguration address can be read below.

I take the helm of the ship of state as a Florida native, a veteran of our nation’s military, conscious of my own deficiencies, mindful of the great trust that has been placed in me and thankful for so many of you who have prayed for me.

Being charged with leading a state with so much promise, all I can promise is the sweat off my brow, a full heart, my best judgment and the courage of my convictions.

I will not be a rudderless vessel in this endeavor; my compass will be the principles reflected in the constitutional oath I have just taken, and for which Americans have given their lives: that our rights are endowed by God, not government; that we the people loan power to government under the Constitution in order to protect our rights; that government’s role is not to run our lives for us but to provide what Lincoln called an “open field and fair chance for one’s industry, enterprise and intelligence.”

I will also be guided by the love and support of my wife Casey. She will be a terrific First Lady for Florida --- she’s my best friend, an accomplished professional, a wonderful mother for our two young kids, Madison and Mason, a pretty darn good campaigner and she really cares about the people of this state.

Casey and I have decided to dispense with the parade that typically takes place after these inaugurations; instead, we will return to the Governor’s mansion to have our little boy Mason baptized with water we brought back from the Sea of Galilee in Israel.

I am also fortunate to be succeeding our new U.S. Senator, Rick Scott, who stood here eight years ago at a time of great economic turmoil and pledged to put people back to work. Today, a million and half more Floridians have jobs and our economy is one of the best in the nation.

Senator, your laser-like focus on improving Florida’s economy has meant so much in the lives of so many in our state.  You are leaving a strong foundation from which we here today can build. I wish you and Ann fair winds and following seas in our nation’s capital; I know you will be a champion for Florida in the U.S. Senate.

It now falls to me to build upon the foundation that has been laid, navigate the challenges --- economic, environmental, constitutional --- that lie ahead, and steer Florida to a stronger, cleaner and safer future.

Florida competes with other states to attract investment, jobs and opportunities for our citizens.

Too many states have sought to match runaway public expenditures with ever-increasing levels of taxation. This creates a vicious cycle that leads productive citizens to flee, repels investment and leaves their people overburdened, with less opportunity to prosper, and badly damages the fiscal health of these states.

Indeed, we in Florida have benefitted from these follies and have wisely chosen sound fiscal policies and maintained a favorable tax climate.

An expanding economic base will yield more high-paying jobs for our citizens and is the best way to generate the revenue needed for public priorities like education, protecting our natural resources and infrastructure.

We know what works and what doesn’t --- let’s not veer off course.

Our economic potential will be jeopardized if we do not solve the problems afflicting our environment and water resources.

People want to come to Florida because of its natural beauty. Tourism is not only a pillar of our state’s economy, it helps spread the tax burden to non-Floridians, limiting taxes on our citizens. But this could be in jeopardy if we do not solve our pressing environmental problems. As the great philosopher Yogi Berra remarked: if people don’t want to come nobody is going to stop them.

For Florida, the quality of our water and environmental surroundings are foundational to our prosperity as a state --- it doesn’t just drive tourism; it affects property values, anchors many local economies and is central to our quality of life. The water is part and parcel of Florida’s DNA. Protecting it is the smart thing to do; it’s also the right thing to do.

We resolve to leave Florida to God better than we found it.

We also resolve to support education. Florida should place a greater emphasis on vocational and technical training, as there is honor in jobs that require vocational skills and those who work hard in these trades make great contributions to our society and should have our admiration.

Skills-based education should also include training in computer science and technology, as these skills will continue to be in demand for the foreseeable future.

In a large and diverse state, our education system needs to empower parents to choose the best possible school for their children. One size does not fit all. No family should be denied the opportunity for their child to succeed due to insufficient income or to living in the wrong zip code. And this opportunity must extend to every Floridian regardless of race, color or creed.

We must rediscover the value of civics education. Our founding principles are what enables a nation conceived in liberty to long endure; their preservation is why so many Americans have laid down their lives in battles near and far. How can we ensure that government of the people shall not perish from the earth if we fail to provide all of our students with the foundational knowledge needed for properly discharging the duties of citizenship?

One key element of our civic tradition is the distinction between the three branches of government. As a recovering U.S. Congressman, I understand and respect the powers afforded to the Legislative Branch. Our legislators are independently elected and do not work for me; but I hope they will work with me to meet the needs of the people of Florida.

In no area is legislative initiative more needed than in the field of health care.  The escalating cost of medical care, prescription drugs and health insurance has wreaked havoc on family budgets, priced many out of the market entirely, and has put significant stress on our state budget. The current system is riddled with perverse incentives, intrudes on the doctor-patient relationship and is mired in bureaucracy and red tape. The people of Florida deserve relief.

I also understand that the role of the judiciary, while important, must be limited. It is a self-evident truth that in our constitutional system, courts lack the authority to legislate, but for far too long Florida has seen judges expand their power beyond proper constitutional bounds and substitute legislative will for dispassionate legal judgment, damaging the constitutional separation of powers, reducing the power of the people and eroding individual liberty.

To my fellow Floridians, I say to you: judicial activism ends, right here and right now. I will only appoint judges who understand the proper role of the courts is to apply the law and Constitution as written, not to legislate from the bench. The Constitution, not the judiciary, is supreme.

To our veterans and the men and women in our armed forces, Florida values not only your service in uniform, but also the contributions you make to our state.

To our men and women in law enforcement, I will stand with you to protect our communities. You put your life on the line in defense of others; you deserve support, not condemnation.

To our local and federal law enforcement partners, the state of Florida will work with you to keep our people safe, particularly the safety of our schools. We must never turn a blind eye to those who represent a danger to our schools and community; we cannot sacrifice the safety of our people at the altar of social experimentation.

We will stand for the rule of law. We won’t allow sanctuary cities. And we will stop incentivizing illegal immigration, which is unfair to our legal immigrants, promotes lawlessness and reduces wages for our blue-collar workers.

We also cannot allow Florida’s reputation to be further tarnished by the repeated failure of a small number of counties to conduct elections in a transparent, lawful manner. A generation of botched elections is enough.

Alexander Hamilton wrote, “Energy in the executive is the leading character in the definition of good government.” I agree.

So let there be no misunderstanding: as governor, I will lead with purpose and conviction on behalf of the people of Florida.

--- If the Legislature engages in wasteful spending, I will veto it.

--- If a local official is neglectful of required duties, I will remove the official.

--- If our environment is threatened, I will move to protect it.

Leadership requires decisive action. After all, “If the trumpet sounds an uncertain note, who shall prepare for battle?”

At the Constitutional Convention of 1787, Benjamin Franklin was asked to be the first to sign the new Constitution. It was a tumultuous convention; it seemed like a miracle that it had succeeded.

Franklin pointed to the chair at the front of the chamber from which General George Washington had presided over the convention. The chair featured a sun that sat low on the horizon.

Franklin remarked, “I have often … in the course of the session … looked at the sun behind the President without being able to tell whether it was rising or setting. But now at length I have the happiness to know that it is a rising and not a setting sun.”

If we meet the challenges that lie before us; if we overcome the tribalism that has dominated our politics; if we set the interests of hard-working taxpayers as our true north, then I have no doubt that the state of Florida will cruise to bright new horizons.

We will see that rising sun.

So Sail on, O’ Ship of State, For the future of Florida is strong and great.

God bless you, and may God bless the great state of Florida. Thank you

Three new justices to the Supreme Court were named as well.

DeSantis is replacing Gov. Rick Scott, who will also be sworn into the U.S. Senate on Tuesday.

During a prayer breakfast on Tuesday, DeSantis stated that faith will help mend political division.

DeSantis said the United States "never would have been able to eradicate slavery without God."

DeSantis also lamented the nastiness of politics and said the more people look to God, "the easier it will be for us to solve problems."

DeSantis said he decided not to have a traditional inaugural parade for two reasons: He feels uncomfortable with the attention, and he wants to use the time so he and his wife can baptize their 9-month-old son. 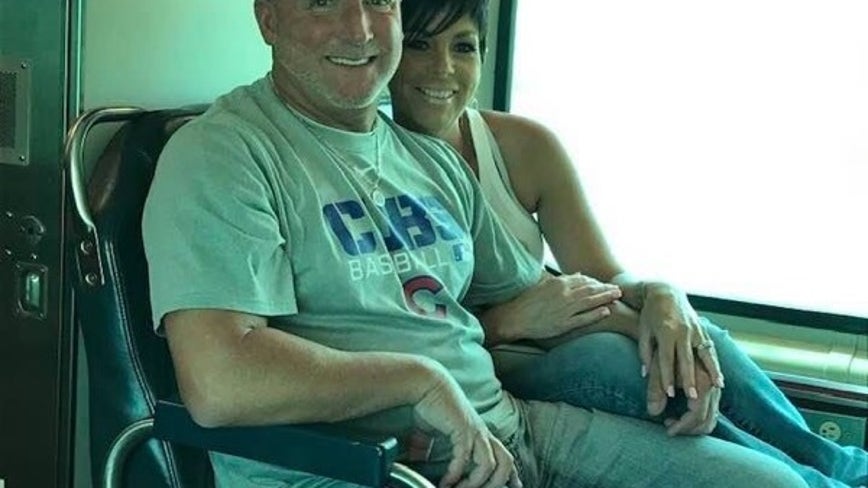