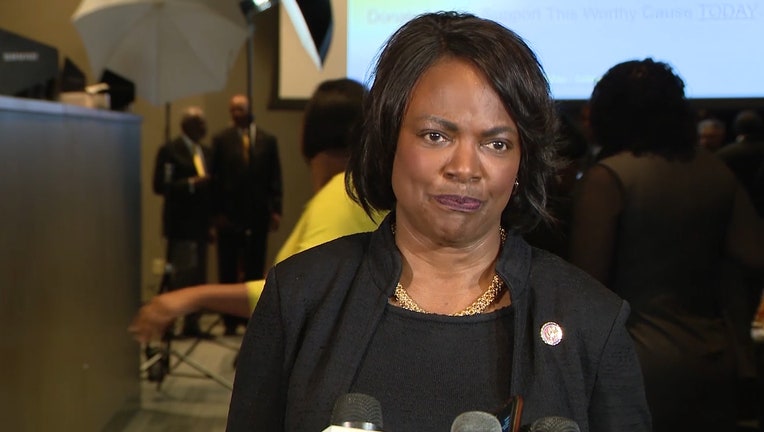 A House hearing broke into disarray on Tuesday during debate over the COVID-19 Hate Crimes Act as Rep. Val Demings became emotional when Rep. Jim Jordan tried to interrupt her address on law enforcement.

Jordan, R-Ohio, called for an amendment to the bill during a meeting of the House Judiciary Committee. He condemned Democrats’ rhetoric surrounding law enforcement in the face of heightened tension.

"It is interesting to see my colleagues on the other side of the aisle support police when it is politically convenient to do so. Law enforcement officers risk their lives every day, they deserve better," Demings said.

Jordan then tried to interject. "I have the floor, Mr. Jordan!" Demings exclaimed.

"Did I strike a nerve?" she shouted. "Law enforcement officers deserve better than to be utilized as pawns! And you and your colleagues should be ashamed of yourselves!"

Chairman Rep. Jerry Nadler, D-N.Y., jumped in to admonish members for interrupting each other.

"Mr. Jordan, you don’t know what the heck you’re talking about!" Demings said.

"I know about my motives!" Jordan said.

"You are using them as pawns because it serves your ridiculous political purpose!" Demings added.

Demings said Republicans only supported police when it was politically convenient, citing what she saw as silence on Jan. 6 before the Capitol riot and not voting for the latest $2 trillion COVID-19 relief bill, the American Rescue Plan, that included funding for state and local governments, including law enforcement.

Jordan shot back with his own impassioned defense.

"We condemned the violence on Jan. 6 and we condemned it last summer. It would’ve been nice if our colleagues on the other side had done the same," he said. "Last summer when police were being pelted with frozen water bottles, bricks and beat up, where were they? They were raising money to bail out rioters who were doing those very actions to the police. And today we get a lecture about how we haven’t been consistent, you’ve got to be kidding me!"