Over the course of Frida’s career, the Labrador retriever was credited with finding at least 41 bodies and a dozen people alive. (Credit: SEMAR Mexico via Storyful)

As the U.S. flu season continues to get worse, it's not just humans that have to worry about respiratory illness.

According to a recent story published on Dec. 2, by the New York Times, veterinarians are sounding the alarm on a few versions of dog flu which are forcing animal shelters to pause adoptions.

Dog parks are also a risk factor since the viruses spread through the air, according to the report. The Times reported that canine influenza cases in Texas South Carolina, Alabama, and Tennessee are on the rise.

"We had a bit of a quiet period during the first couple years of Covid," Dr. Silene St. Bernard, the regional medical director for Southern California at VCA Animal Hospitals told the Times. "While people were home, their pets were home. And we didn’t see as many of these contagious viruses spreading around."

There are currently two known strains of canine influenza. The first – H3N8, which originated in horses – was first detected in Florida in 2004.

H3N2 has been the culprit for the most recent outbreaks, however. This strain originated in birds and was first detected in 2007, according to the Times.

Meanwhile, health officials said Friday that 7.5% of outpatient medical visits last week were due to flu-like illnesses. That’s as high as the peak of the 2017-18 flu season and higher than any season since. 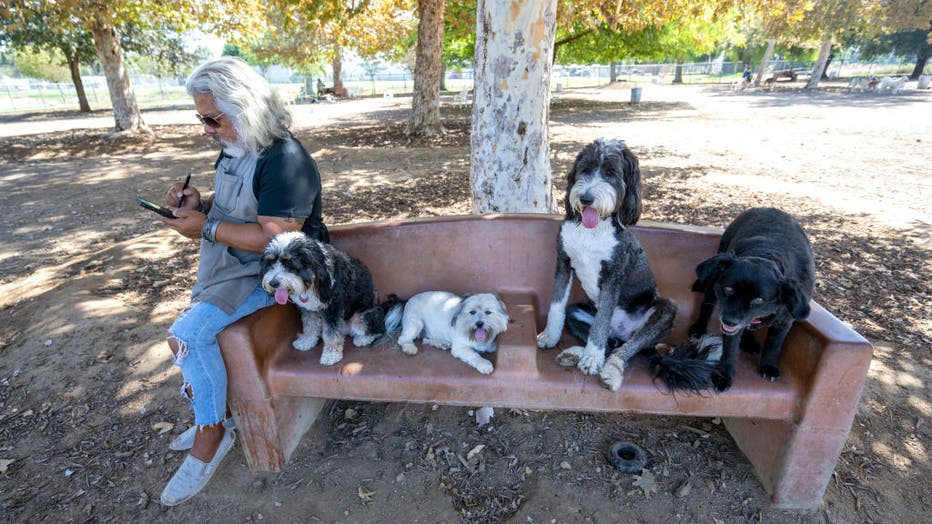 The annual winter flu season usually doesn’t get going until December or January, but this one began early and has been complicated by the simultaneous spread of other viruses.

The measure of traffic in doctor’s offices is based on reports of symptoms like coughs and sore throats, not on lab-confirmed diagnoses. So it may include other respiratory illnesses.

That makes it hard to compare to flu seasons from before the COVID-19 pandemic. Other years also didn’t have this year’s unusually strong wave of RSV, or respiratory syncytial virus, a common cause of cold-like symptoms that can be serious for infants and the elderly.

That may not bode well for the near future. It’s likely there was more spread of respiratory viruses during Thanksgiving gatherings and at crowded airports, experts say.

The dominant flu strain so far is the kind typically associated with higher rates of hospitalizations and deaths, particularly in people 65 and older.

The CDC estimates there have been at least 78,000 hospitalizations and 4,500 deaths from flu so far this season. The deaths include at least 14 children.

Flu shots are recommended for nearly all Americans who are at least 6 months old or older.