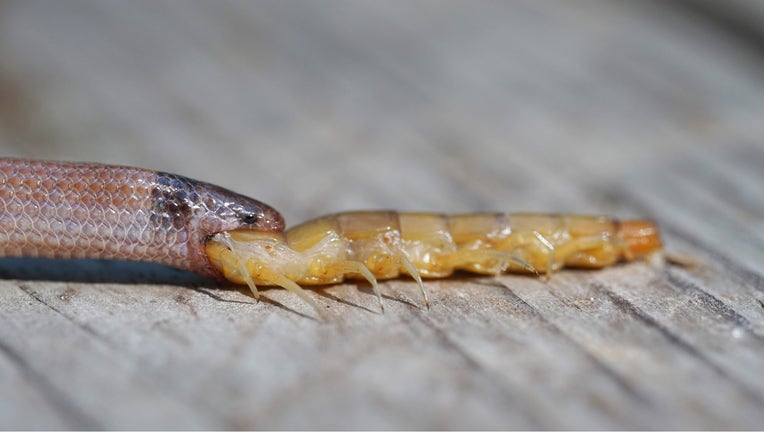 Drew Martin was visiting John Pennekamp Coral Reef State Park in Key Largo when he came across the unusual sight and took some photos.  FWC Fish and Wildlife Research Institute reposted the pics on Facebook.

FWC says the state-threatened snake lives in pine rockland and hammock habitats in eastern Miami-Dade County and the Keys. This species is typically only 7-9 inches long and is seldom seen because it lives under debris, rocks or in cavities in underlying limestone. 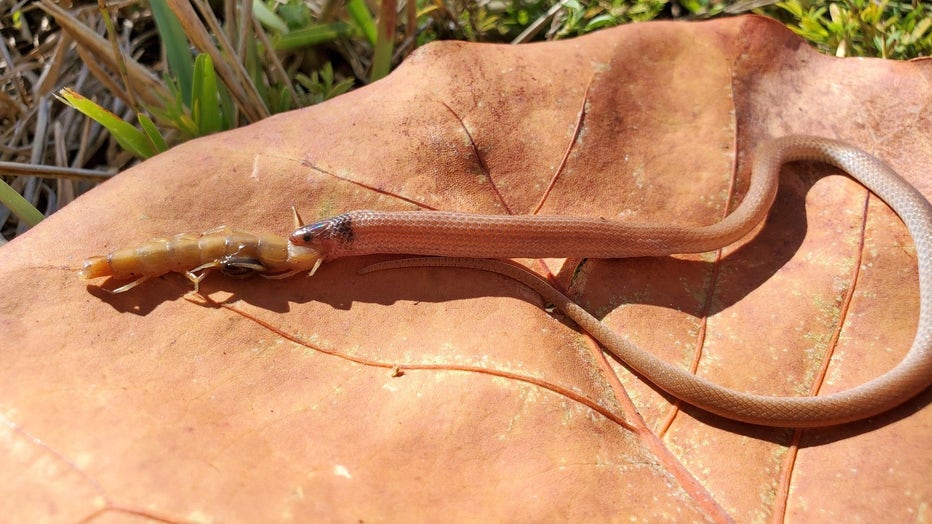 "A visitor to the park observed a small, dead snake on a trail with the rear portion of a centipede protruding from its mouth," FWC explained. "Other species of crowned snake often eat centipedes, but this specimen represents the first food record of any kind for the little-known rim rock species."

Officials say the centipede appears to be a juvenile Keys giant centipede which can reach the size of a crowned snake as an adult.

"Crowned snakes are usually immune to the venom of centipedes, whose bites are painful to humans, but something went wrong during this encounter."

The snake, along with the centipede, will be deposited in the Florida Museum of Natural History collection.