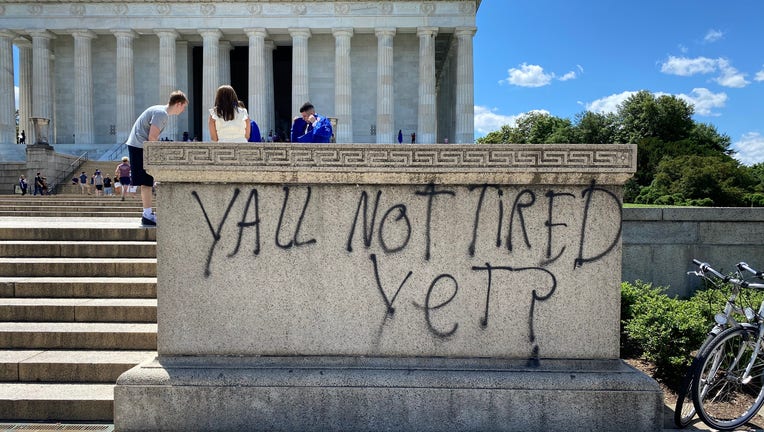 WASHINGTON - Protesters spelled out their outrage following the death of George Floyd by spray-painting it on several monuments on the National Mall, including the World War II Memorial dedicated to soldiers killed in combat.

The National Park Service shared photos of the damage on Sunday following a chaotic night in the nation's capital:

Officials said Sunday that 17 people were arrested. D.C. Police Chief Peter Newsham also said that 29 police vehicles were damaged and 11 officers were injured, including one cop who suffered a broken leg after being hit with a brick.

Activists are already packing the District and surrounding areas as another day of protests gets underway Sunday.

At least 3 dead after violent protests sweep the nation