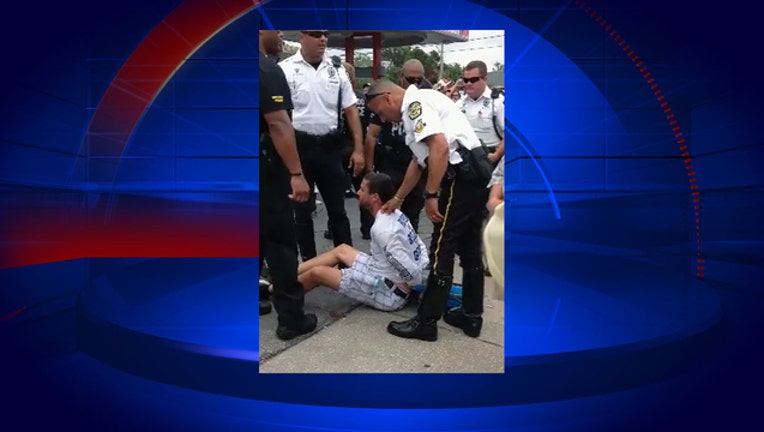 ORLANDO, Fla. (AP) - An anti-gay protester was pushed to the ground by a police officer and handcuffed next door to the Pulse gay nightclub in Orlando as hundreds of people gathered to remember the one-year mark of the worst mass shooting in modern U.S. history.

Officers were talking Monday to two protesters with an anti-gay sign and wearing anti-gay slogans on their shirts. The men argued with the officers that they had a right to be there.

An officer can be seen holding out his hand to keep one of the men from going any further as the man pushes back against his hand. Moments later, the officer pushes the man back and the man falls down. He is handcuffed as the crowd chants "love conquers hate."

Spokeswomen for the police and city didn't return an email or phone call, and it was unknown if the man was taken into custody or charged.