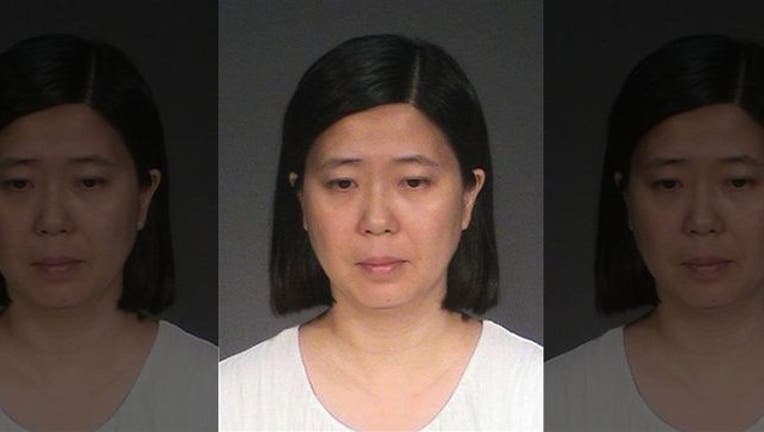 WOODBURY, Minn. (AP) - A Minnesota woman is charged with beating and starving a woman she brought from China to work as a nanny, holding her in a state of "slavery or indentured servitude," a prosecutor said.

The 58-year-old woman, who is not named in the complaint, arrived in the U.S. on a visa in late March. According to the complaint, the nanny was forced to work up to 18 hours a day doing child care, cooking and cleaning. Police calculate her pay at about $1.80 an hour, but she apparently did not receive any of it.

The woman recently was found wandering in the street, her eyes blackened. A hospital exam found she had many broken bones.

She was rationed crackers for meals and her weight had dropped from 120 pounds when she arrived in the U.S. to 88 pounds, the complaint said.

The woman was never allowed to leave the house, the complaint said. The nanny told a police investigator she eventually fled the house when Huang threatened to kill her with a knife. She told police she was looking for the airport so she could go home to China, the complaint said.

Dan Le, a Minneapolis attorney for Huang, did not immediately respond to a phone message and email from The Associated Press on Saturday.

Police from four cities and agents from the U.S. Department of Homeland Security searched Huang's home and arrested her, the complaint said.

A bag hidden under the nanny's mattress contained a large amount of her hair, which Huang allegedly ripped from the woman's head. The nanny had been hiding it so Huang wouldn't find it "and force her to eat it," the complaint said.