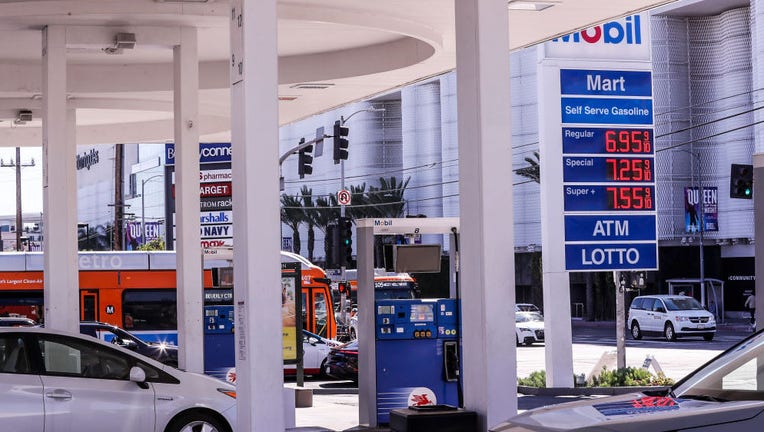 The Mobil station at the corner of La Cienega and Beverly advertise prices higher than the norm throughout the Los Angeles area. (Robert Gauthier/Los Angeles Times via Getty Images)

The price of diesel hit an all-time high in the United States this week as energy markets around the world cope with ongoing disruptions amid Russia's invasion of Ukraine.

The average price of a gallon of diesel was $5.296 on Sunday, up about 4.3% from one week ago and nearly twice as much as one year ago.

While average Americans are feeling the pain at the pump with high gas prices, the trucking industry has been hit hard by the diesel surge. 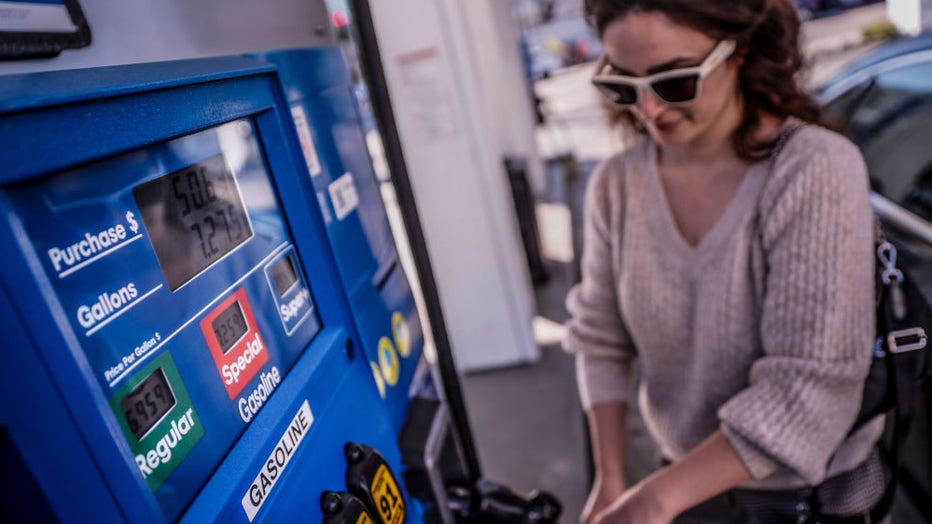 Customer pumps 7.275 gallons of regular gas at 6.95 a gallon for a total of 50.63 dollars at a Mobil station at the corner of La Cienega and Beverly. (Robert Gauthier/Los Angeles Times via Getty Images)

"The prices are skyrocketing, and we still don’t get good prices for the loads," Michal Agboire, who works for Maitland Trucking, told WNCN. "If it goes any higher than this, and the price of the load not coming up, then maybe we just call it quits."

The high cost of diesel is being partially passed on to consumers for everything from electronics to groceries.

"To cover the increased cost of diesel, truckers must increase the rates charged to haul freight. These increased rates are then passed on to consumers via higher costs at the retail level," Ron Faulkner, the president of Faulkner Trucking and 2022 president of the California Trucking Association, wrote in an op-ed at the Sacramento Bee this week.

"So, you are paying for high prices of fuel both at the pump and at the grocery checkout line."

Overall inflation hit a four-decade high in March, as the consumer price index, which measures a broad basket of goods, jumped 8.5% over March 2021.