Eric Trump was one of several speakers at the Kissimmee stop.

The President launched the nationwide bus tour in Kissimmee. It will go on to visit key states over the next 85 days of the campaign, speaking to voters.

MORE NEWS: Why choice of running mate matters more than usual this year 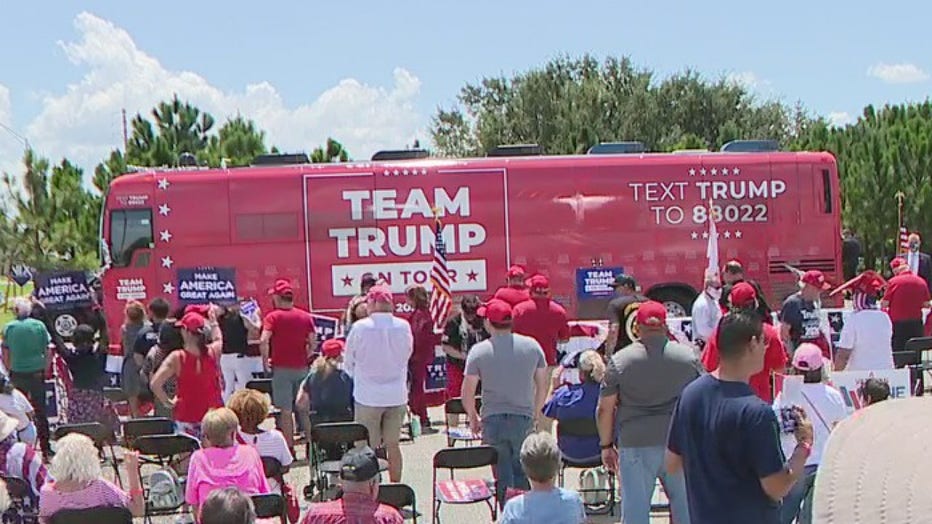 “The sheer, abject recklessness of a bus tour during a pandemic that is hitting Florida particularly hard speaks volumes about the Trump campaign’s priorities, especially for Central Florida’s Hispanic community. Central Florida’s economy has been ravaged by this pandemic and the delayed, inept response from President Trump and Governor DeSantis, a Trump loyalist. Last month, unemployment in Osceola County was 37%, a staggering number that speaks to the magnitude of the crisis in the region.

“Osceola County is home for many of my fellow boricuas, and this community has been the target of Trump’s baseless and offensive rhetoric. And in the midst of this pandemic that’s affecting Hispanic communities disproportionately, we’re seeing firsthand what happens when we have a president who is only looking out for himself. But we are a resilient, ambitious, and strong community and we need the leadership to match. Joe Biden will lead with compassion and fight for the communities that have been left behind under Donald Trump - he is the tested leader and much-needed ally our community and all Americans need and deserve during this moment.”