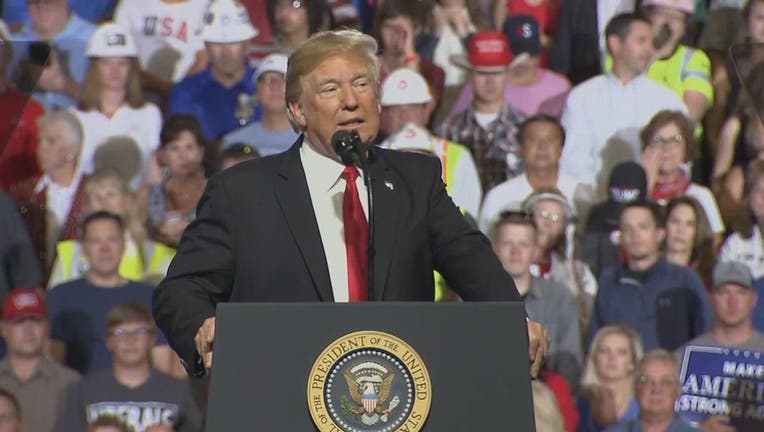 SUNRISE, Fla. - To celebrate his permanent move from New York to Florida, President Donald Trump will hold a 'homecoming' rally in Sunrise on Tuesday night.

On Thursday, the president is expected to spend the Thanksgiving holiday at his Mar-a-Lago estate in Palm Beach.

In October, the president announced that he and First Lady Melania Trump would be leaving New York to make Florida their permanent residence. According to Palm Beach County records, the presidential couple became registered Republican voters in Florida on October 30, listing Mar-a-Lago as their residence.

The rally comes the week after several days of testimony during public impeachment hearings against him, which he calls a "hoax."

You can get tickets to Tuesday's rally HERE.