With less than a month before the election, President Donald Trump is ready to get back onto the campaign trail. He is expected in Sanford on Monday while Vice President Mike Pence will make stops in Orlando and The Villages on Saturday.

LAKE MARY, Fla. - Just a week after his hospitalization for the coronavirus, President Donald Trump appears to be ready to return to the campaign trail.

The campaign had announced that President Trump will deliver remarks at a Make America Great Again event in Sanford, Florida on Monday, Oct.12.  Doors open at 4 p.m. and the event is scheduled to start at 7 p.m.  You may only register up to (2) tickets per mobile number per event. All tickets are subject to a first come first serve basis.  Register here.

During an interview with Fox News' Sean Hannity on Thursday night, Trump announced that he is in “great shape” and wants to return to his rallies after his physician said it was safe for him to make public appearances.

White House physician Dr. Sean Conley sent out a memorandum on Thursday stating that President Trump will be able to return to public engagements this weekend. 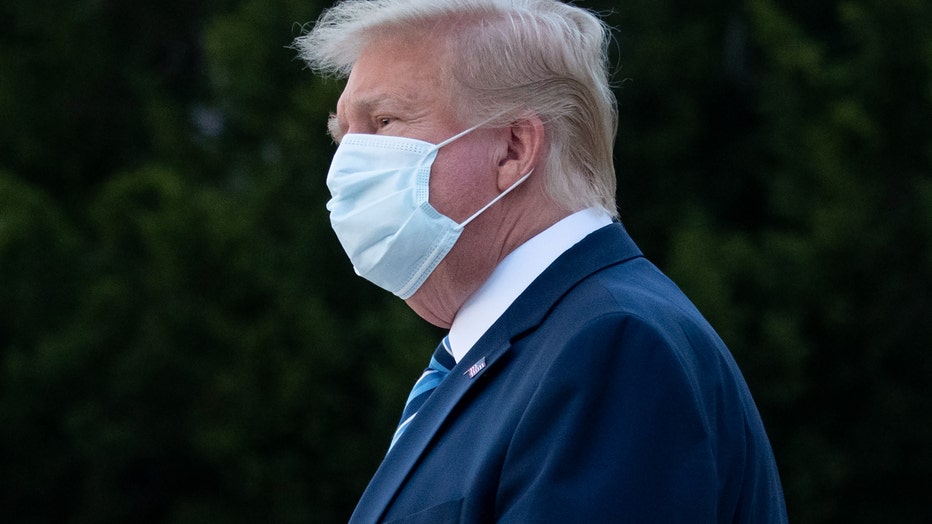 US President Donald Trump wears a facemask as he leaves Walter Reed Medical Center in Bethesda, Maryland heading to Marine One on October 5, 2020, to return to the White House after being discharged. - Trump announced Monday he would be "back on the

The president has not been seen in public — other than in White House-produced videos — since his Monday return from the military hospital where he received experimental treatments for the virus.

The Centers for Disease Control says people “with mild to moderate COVID-19 remain infectious no longer than 10 days after symptom onset. People with more severe symptoms can remain infectious for longer, it says.