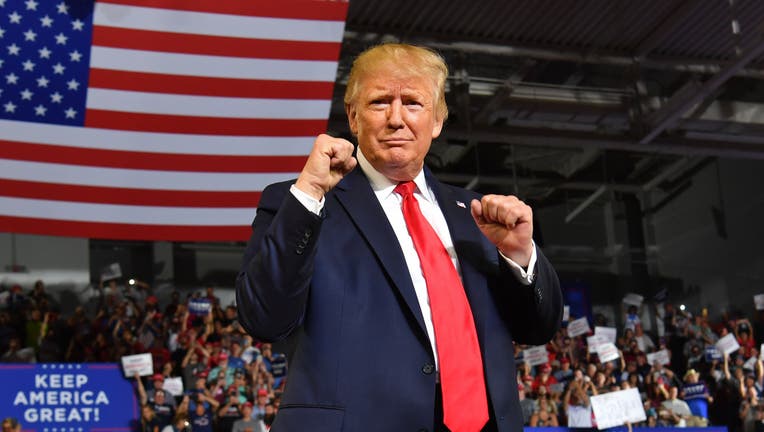 US President Donald Trump pumps his fists as he arrives for a "Make America Great Again" rally at Minges Coliseum in Greenville, North Carolina, on July 17, 2019. (Photo by Nicholas Kamm / AFP) (Photo by NICHOLAS KAMM/AFP via Getty Images)

WEST PALM BEACH, Fla. - The White House said President Donald Trump will be in Florida this weekend to speak at a conference for young conservatives.

The White House said Tuesday that Trump will address 3,000 student leaders from across the country.

The Palm Beach Post reports Ken Starr, who led the investigation that resulted in the impeachment of President Bill Clinton, is also on the agenda.