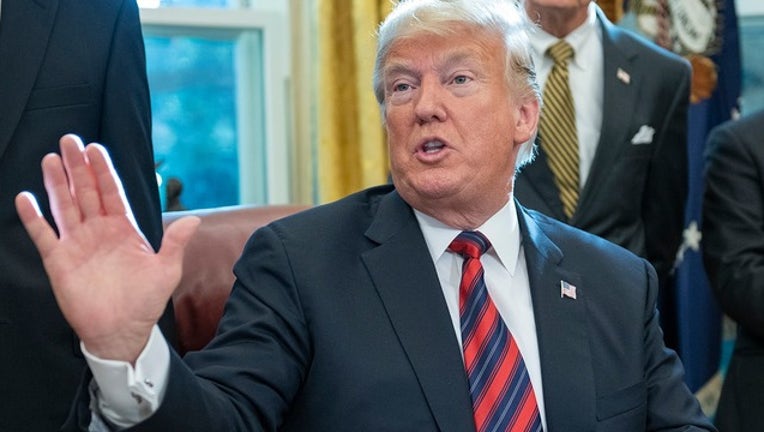 WASHINGTON (AP) - President Donald Trump says "acts or threats of political violence have no place in the United States." He's addressing the suspicious packages sent to former President Barack Obama, the Clintons, CNN and others.

Trump says he received a briefing from federal officials earlier Wednesday on what he called the "despicable acts." He says that "a major federal investigation" is now underway.

And he's calling on the nation to come together, saying: in these times "we have to unify."

Trump did not mention any of the recipients of the packages in his remarks.

But he says, "We're extremely angry, upset, unhappy about what we witnessed this morning and we will get to the bottom of it."

Trump's comments came at the top of remarks discussing his administration's efforts to combat the opioid crisis.