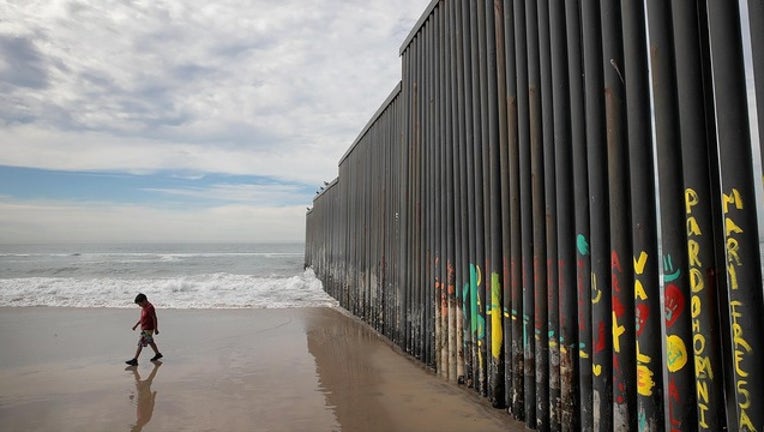 A child walks along the beach near the border wall that separates the U.S. and Mexico on January 28, 2019 in Tijuana, Mexico. (Scott Olson/Getty Images)

FOX NEWS - Ahead of his State of the Union address Tuesday night,  President Trump warned that he would use the military to form “a Human Wall” if he can’t get funding for his proposed barrier along the U.S. southern border with Mexico.

“Tremendous numbers of people are coming up through Mexico in the hopes of flooding our Southern Border,” Trump tweeted. “We have sent additional military. We will build a Human Wall if necessary. If we had a real Wall, this would be a non-event!”

The president’s tweet comes just hours before he is set to deliver his State of the Union address, which was initially delayed amid the partial government shutdown. That standoff, which has only temporarily been resolved, was triggered by Trump's demand for border-wall funding, which Democrats rejected. Trump on Tuesday night is expected to make immigration and border security a centerpiece, and it comes days after the Pentagon announced the deployment of 3,750 more active-duty troops to the U.S. border with Mexico.

A congressional committee is currently working to reach a deal on border security funding to avert another partial government shutdown, but Trump has hinted at declaring a national emergency if the deal doesn’t include funds for a border wall.